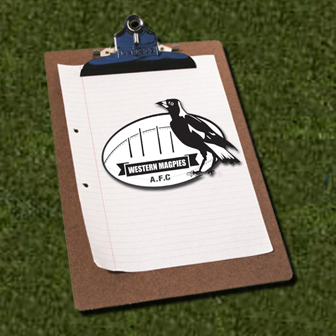 The Brisbane Lions have today formalised an alliance with the Western Magpies to provide top-up players for the the AFL club’s Reserves side playing in the QAFL State League.

The Brisbane Lions have today formalised an alliance with the Western Magpies to provide top-up players for the the AFL club’s Reserves side playing in the QAFL State League.

This follows the Magpies decision after two winless seasons in the State League to revert to the Pineapple Hotel Cup second division competition next year.

As part of the agreement, all Magpies U21 players will be eligible to act as top-up players for Lions in the State League.

According to a Lions media statement today, the arrangement will help build a continuity of playing personnel for the Lions which has previously been lacking in the reserve grade level.

In return, the Lions will provide the Magpies’ players with valuable State League experience as well as direct access to the Lions coaches and other key off-field staff.

The Lions, too, confirmed they are set to appoint a designated Reserves Coach who will be responsible solely for coaching the Lions Reserves.

The Reserves Coach will also work with the Magpies top-up players to aid their football development.

The Lions Reserves and Western Magpies will train together once each week and continue to build strong relationships both on and off the field through training sessions and post-match events.

A number of the Lions Reserves’ State League home games in 2011 will also be hosted by the Western Magpies at their football venue in Chelmer.

“From a list management point of view, the development of the younger players on our list is a priority,” Kerr said.

“We will gain access to a group of young players from the Western Magpies who can continue their own football development by being a regular part of our reserves side.

“In turn, this will also help us develop our own young recruits and field a more competitive reserves grade team.”

The Lions Reserves side finished eighth on the QAFL ladder in 2010 and injuries to senior Lions players meant that the team was forced to rely heavily on its inexperienced top-up players.

“Last year, the Lions Reserves used over 60 top-up players – most of whom were from the QAFL Under 18s.”

“While we respect and appreciate their contribution to the side, this arrangement did not provide an optimal environment for the development of our own young players.”

“Given the Sherwood region falls within the Brisbane Lions’ Talent Academy recruitment zone, we see the alliance with the Western Magpies as a great opportunity to strengthen our links with the football community in this region.”

Magpies President Brian Knight is pleased that the club’s younger players will still be afforded the opportunity to develop their football careers by participating at State League level.

“This is an outstanding outcome for our crop of youngsters,” Knight said.

“With the support and assistance from the AFL and the Brisbane Lions, we can now continue to provide a tremendous pathway for the large talent pool produced by clubs throughout the Western Suburbs.”

“Everyone is excited about the association with the Lions and looks forward to developing a mutually beneficial relationship,” he said.