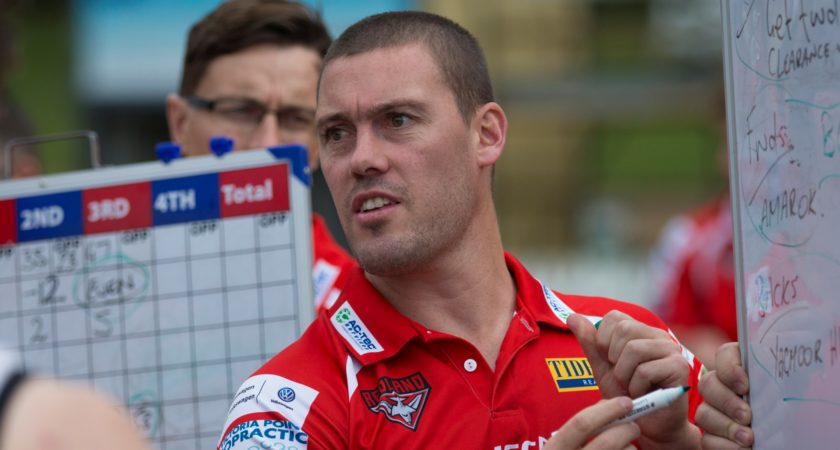 AFL Queensland has today announced Leigh Harding as the new coach of the Queensland Under 16 representative side.

Harding, 37, has a wealth of knowledge in high performance Australian rules environments having played 141 AFL games for North Melbourne from 2001 to 2010.

Most recently, Harding was head coach of the Redland Bombers NEAFL team for three years before leaving the club at the conclusion of the 2018 season.

He began his coaching career following his retirement at North Melbourne’s VFL aligned club Werribee as an assistant coach and was renowned for his ability to develop and nurture younger players.

Harding joined the Brisbane Lions in 2013 as a Development Coach and guided the club to its second NEAFL Premiership, defeating the Sydney Swans in a season where the Lions lost just two games.

Over the next two seasons with the Lions, Harding coached the forwards and then the midfield group at NEAFL level as a Development Coach.

“We’re excited to have Leigh steer the program in 2019 and help develop this year’s crop of Under 16 footballers as they progress through the talent pathway,” Browning told aflq.com.au.

“Leigh has an extensive knowledge of football in Queensland and we’re eager for the year ahead.

Supporting Leigh will be Peter Ryan, currently the head coach of the Brisbane Lions U16 Academy program and Paul Sherriff from the Gold Coast Suns U16/18 program.

New State high performance manager Paul Turk, Matt Green, Jason Mottlee and Doctor Marc Gregg will assist in the high performance and medical side of the program which will be managed by State Talent and Logistics Co-Ordinator Jim Urquhart.

Harding will coach the Queensland Under 16 side at the NAB Under 16 National Championships with games played in both New South Wales and Queensland across both June and July.