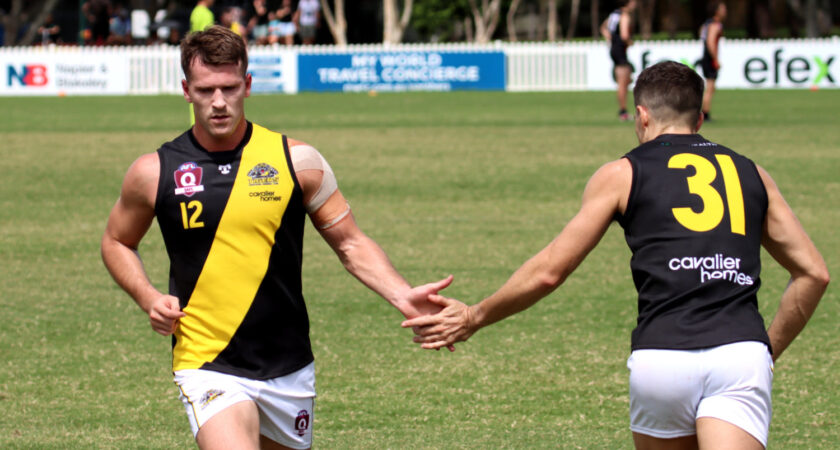 Tigerland is buzzing after a sensational off-season in recruitment on and off the field.

The Premiership Swan and 2014 All-Australian joins the Tigers having been the NEAFL Coach for the Gold Coast Suns.

Now at the helm of Labrador, he has a new set of challenges, to try and get the 2014 and 2015 QAFL Premiers back up the ladder.

“I didn’t know what to expect when I arrived, but I have been so happy with the buy in from the players. It’s been outstanding!” said Malceski.

He has brought in former Gold Coast Suns Kade Kolodjashnij as a Development Coach, and a number of big recruits.

Leading the recruitment list is Pearce Hanley who played 169 AFL games for Brisbane and the Gold Coast.

“Kade and Pearce have been great for us. Kade comes down one night a week and pulls players from the main group and runs small little group sessions, which has been fantastic.” said Malceski.

“Pearce has just been like another coach. He has fitted in really well. So, I’m excited to see what he can do this year.”

Malceski said it was an exciting time at the Tigers with a new look team, adding the importance of their two preseason practice matches.

“Our two practice games against Morningside and Coolangatta were really important for us because we only had five players who had played in the senior team last year, so it was great to get some continuity,” he said.

“We just want to be competitive against the best teams, and there is no better way to start then against Broadbeach in Round 1,” said Malceski.

“If we can execute what we have been training and bring our pressure to every game, that will go a long way for the journey we want to go on as a club.”