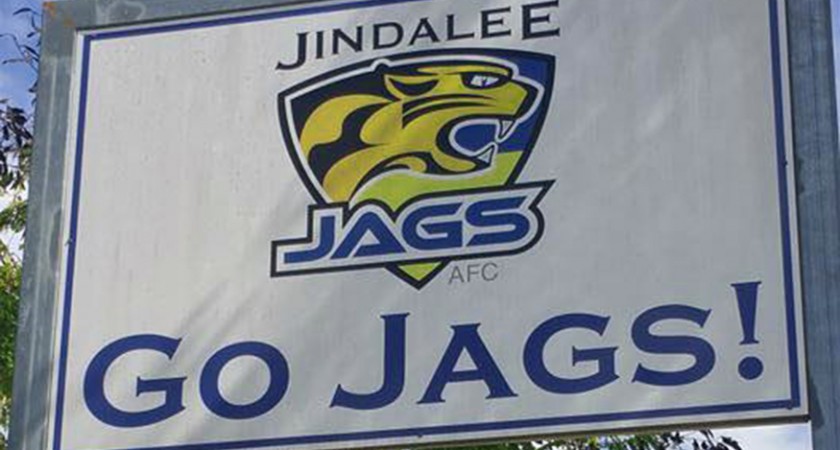 It’s been 30 years in the making but the Jindalee Jaguars have managed to not only create a senior men’s team, but secure a spot in the QFA division 5 finals, all in the same year.

In their first season of senior footy since 1986, Jindalee finished 3rd on the ladder with an impressive 11 wins.

While it was a slow start to the season for Jindalee losing their first game, President of the club Corey Sells says they bounced back in the second half of the season.

“It took them a while to gel as a team, because they hadn’t played together for some time,” said Sells.

“There’s a heap of players who hadn’t played for several years that just came back to footy.

“But the coach, Paul Manning was really good with them. Once they started getting used to playing together and started getting their structures right, they were able to (hit) the ground running at the back end of the season.”

But it’s not the skills that have impressed Sells about his team, it’s the players attitude and heart towards the club that goes a long way in his book.

“They are really a good group of young fellas. They respect that it’s junior club with a senior team attached to it,” he said.

“We have a junior ethos and that extends throughout our senior men’s and our senior women’s. The guys really embrace that.”

“We have several of them who coach in the juniors and some who have put their hand up to coach again next year.”

Along with mentoring the younger generation, Jindalee do what they can for their club by getting involved in fundraising and working bees.

“We aren’t really results driven, it’s more about solidary and the footy works itself after that. If you create an environment that everyone wants to be around, then they want to do the best they can for the club.”

Excitement is at an all time high for Friday’s night final with everyone keen to see the seniors back in action at Jindalee.

“The best thing about this team is it has brought the community back together. We have guys who were around the club in the 80’s, 90’s and early 2000’s coming back down to watch,” Sells said.

“The players are pretty excited. They are keen to get into it and they are hoping they can get their form right so they can push further in. But they are proud to have a first final there in 30 years.

“The last premiership was in 1986, our final year that we won, so the boys often joke about going back to back.”

Jindalee Jaguars take on Coorparoo in the QFA division 5 final at Jindalee Reactional Reserve at 07:30pm this Friday night.