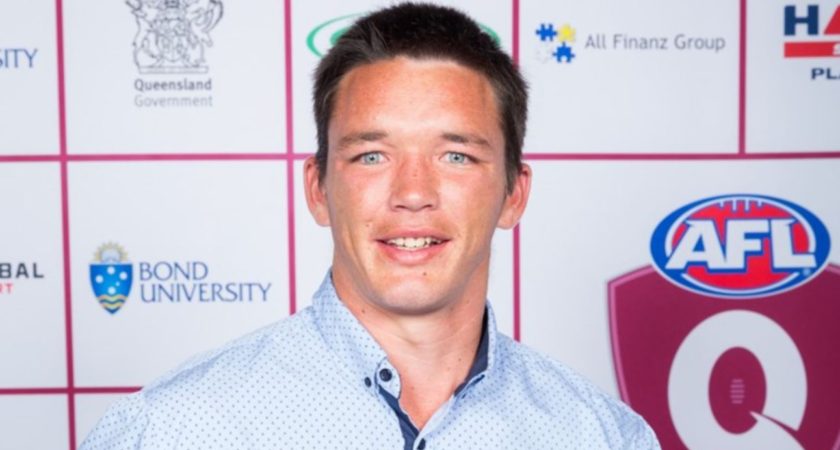 All over the world, December 3 is recognised International Day of People with Disability (IDPWD) aimed at celebrating the achievements and contributions of people with a mental or physical disability.

To celebrate IDPWD, we took a look at some of our most talented footballers currently playing with a disability.

A bullocking midfielder, there weren’t many who could rival Lawrence on the field as the X-year-old produced a career best season in Queensland colours.

Named Vice Captain of the Sunshine Stats before the 2018 AFL Inclusion Carnival in Tasmania earlier this year, Lawrence led from the front throughout the state’s maiden campaign into the Division 1 category.

While the Queenslanders failed to amass a win in the top division of the carnival, performances from players such as Lawrence helped the team adjust to their more challenging surroundings.

A tough on baller, Lawrence thrives at the coal face and relished in the tough, contested conditions.

At the Inclusion Carnival, he was named in the All Australian team where he was deployed through the midfield and across half-back by Queensland coach Daniel Ramage.

Often rotating with Josh Correa, another of the team’s star performers, between the two positions, Lawrence formed an integral part of the team given his leadership which became a valuable asset in both areas of the ground.

“Brad is more of the bull terrier who got the ball out and tackled well. He tackled a lot and he put on a few big hits. He goes hell for leather and doesn’t hold back,” Ramage told aflq.com.au.

““Brad’s courage and attack on the ball is just relentless.”

Following his stellar 2018 campaign, Lawrence was recognised once again at the AFL Queensland Football Awards in October, where he was awarded the Brian Douge Award as the Best and Fairest of the Queensland Inclusion Team.