Inclusion Team do us proud at National Champs 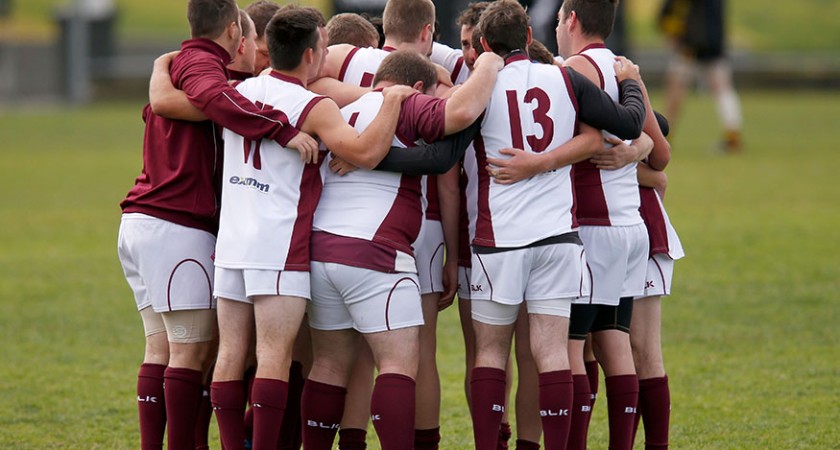 The 2015 AFL National Inclusion Carnival took place in Melbourne recently with Queensland well represented by a mix of returning players and fresh faces.

Queensland battled hard against more experienced teams and came away with wins against Tasmania and AFL powerhouse state, Western Australia.

The Maroons played off against WA for fifth spot but could not repeat their earlier form against the Sandgropers.

The trip to Melbourne also provided some once in a lifetime opportunities for the team with the players participating in a game of AFL 9’s in front of 48,133 people during half time of the Collingwood v Carlton match at the MCG.

Coaches comments:
Awesome first up effort from the boys and some real positives to take away from the game. Gradon, Josh C and Bradley worked tirelessly all game and Kieren and Jake B were rock solid in defence. Zac K stuck to his man all game.

Coaches comments:
After a big first effort the boys left nothing on the track and fought hard all game against a really strong SA opposition.
Luke O’Neill was B.O.G. in the backline and Josh C once again fought hard. Tom R was solid in defence and Josh M/Matt B controlled the ruck with great endeavour and effort

Coaches comments:
One word: TEAM! Amazing what we can achieve when we work as a team and I couldn’t be prouder of every single player.
Everyone played their role and I am proud to be privileged enough to coach such a determined and courageous bunch of young men.

Coaches comments:
Another great team effort rewarded with a big win. Zach Kimber continued his great form and Nathan West’s selfless team-oriented game was finally rewarded with a goal. Luke O’Neill ran all day and the “weapon” Matty Brown was his usual energetic self.
Today was one of AFL Queensland’s finest hours and I couldn’t be prouder. #WINNING!!!

Coaches comments:
It was always going to be a hard game coming off such a remarkable day yesterday. The boys tried hard all game but in the end Vi Metro were too good. John Lawrence was brilliant all game, as was Luke O’Neill and Matty Brown. Kieren Landells showed brilliant courage, playing with a sore shoulder all game.

Coaches comments:
Another tough game against quality opposition. The key message for this game was “just have fun” and that’s exactly what the boys did. Everyone showed good team spirit and although we didn’t get the desired result I was a happy coach knowing that everyone got together and as a team and put in %100.

Great way to finish off an incredible carnival. True team effort, with all boys putting in 100%.

Brad L and Lukey ram all day and Zac K was his usual solid self. Once again Graydon left his all on the field and I couldn’t have asked for a better captain to lead the team.

It’s been a massive week and I couldn’t be prouder to be coach of such a remarkable bunch of individuals.

Thank you to everyone who made the week possible and I look forward to seeing all the boys next year to do it all again!

For photos from the carnival head here: https://www.facebook.com/AFLQUEENSLAND 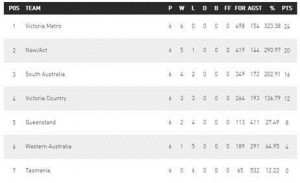