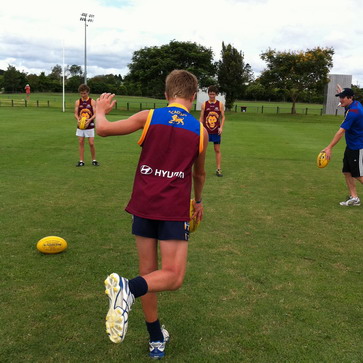 The Brisbane Lions have launched the 2011 Hyundai Lions Academy today with a string of exciting and significant announcements surrounding the local development program.

According to a media statement issued by the Lions, Hyundai, the world’s fastest growing automotive group, were thrilled to be associated with the Academy, reinforcing their strong commitment towards community and grassroots AFL and sport in general.

Lions Chief Executive Steven Wright said the program, which is designed to identify and develop local talent and provide them with a pathway to the AFL. will essentially help ‘make dreams come true’.

In 2011, approximately 120 players aged between 12 and 17 will participate in Hyundai Lions Academy programs, with regional training centres planned for the Sunshine Coast, Toowoomba and Wide Bay.

“Almost every young AFL supporter dreams about running out onto the MCG on that last Saturday in September,” Wright said.

“Many of these young people have the talent, but not always the opportunity to showcase their skills before the eyes of the AFL – particularly in their home State.”

“But thanks to our Platinum Partner Hyundai, we are about to give over 120 teenagers the opportunity to fulfill that dream.”

As part of their sponsorship, Hyundai will feature prominently on the Academy’s new guernsey which was designed by the Lions players and football department to reflect a strong connection to the guernsey worn by the senior team.

The new guernsey will be worn exclusively by all members of the Hyundai Lions Academy and provide them with their first official Lions jumper.

“Hopefully it can help spur these kids further towards potentially trading it in for a senior Brisbane Lions guernsey in a few years’ time,” Wright said.

As part of the launch, Lions Senior Coach Michael Voss watched on as his potential new crop of AFL stars were put through their paces at a training session held prior to the senior team at Giffin Park, Coorparoo.

The training duties were coordinated by new Hyundai Lions Academy Head Coach Ben Dyer, a former Physical Education teacher from Perth who has also had a wide range of coaching experience with the Swan Districts U18 Colts and U16 Development Squad.

Voss said the Hyundai Lions Academy would prove a valuable vehicle for the Club’s future development of local players.

“As a local Queenslander myself and having come through the ranks, I was fortunate enough to come to the Club as a priority pick,” he said.

“These days, local players normally have to try their luck at the National Draft and maybe hope they get to one day play with the Brisbane Lions.”

“To now be able to provide a direct pathway for Queensland kids to stay within their home State is a massive carrot for local talent.

“We are looking for the most talented Queenslanders we can find – whether it be from an AFL backgrounds or other sporting code. Hopefully, in the future, we can get back to having 25% of our list made up of local Queenslanders.”

Voss used current Lions stars and fellow Queensland products Josh Drummond and Daniel Merrett as prime examples of local talent who have been able to come through the junior ranks and forge a successful AFL career.

Members of the Hyundai Lions Academy program will continue to be nurtured by the Lions until they become eligible for the AFL National Draft – at which time the Club will have the first option of recruiting them to the senior or rookie list.

The drafting process will work in similar fashion to that of the current Father/Son bidding system. 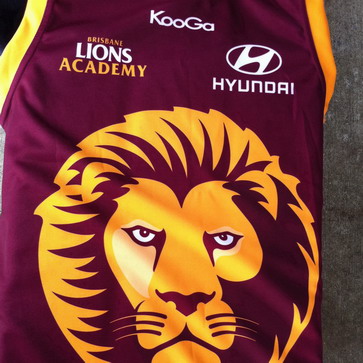