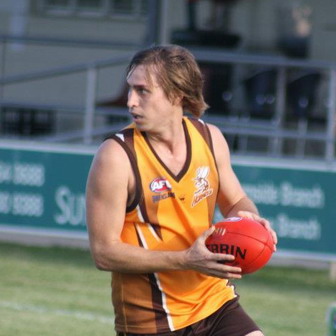 The Aspley Hornets will celebrate the 20 year Anniversary of their 1992 Premiership when their SEQ AFL Division 2 side takes on Yeronga/South Brisbane this Saturday.

The match commemorates the win against South Brisbane who shared a strong rivalry with the Hornets through the 80s and 90s which was reignited with Devil’s admission into SEQAFL Division 2 (Previously State Association Division 1) in 2009.

The club is looking for all players from that year and period to come down and catch up with some mates, share a story and watch the Hornets play in a commemorative Heritage Guernsey celebrating that 1992 win.

All previous players will have access to private area of the sports bar with a complimentary BBQ supplied by club sponsor Patton’s Big Gun Fresh Food Market.

Following the senior game the festivities will continue into the night with resident DJ playing 90’s tunes all night. There will also be bar specials with all pots at 1992 prices to bring back some nostalgia.

The Hornets would also like to spread the invitation to other members of Hornets Premiership sides and even those members of South Brisbane to come down and make the day a success.

The match kicks off at 2pm Saturday May 26 at the Hornet’s Graham Road oval.