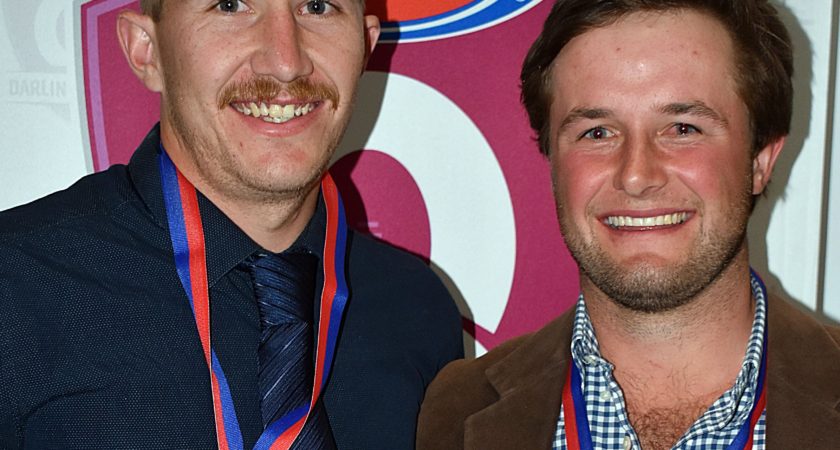 AFL Darling Downs celebrated their ‘night of nights’ on Saturday, with the Holman and Heather Green Medal night recognising the top individuals and clubs of the senior AFL competitions. Over 120 players, partners, volunteers and club executives packed out the Allan Cunningham room of the Burke and Wills Hotel to celebrate what’s been another successful season of Aussie Rules across the Downs region.

Toowoomba Tigers were awarded the Club of the Year for their well rounded club performance and culture in 2019, whilst University and Goondiwindi were presented with the Minor Premierships of the Women’s and Men’s competitions respectively.

After a standout first year of senior football, Highfields’ Ryan Cherry was awarded the Leo Camm Rosebowl for the Rookie of the Year, whilst University’s Jaiden Fidge was deemed the best Under 18 player in the senior competition taking out the Karl Price Trophy. Meg Pullinger booted 55 majors for the Tigers in 2019 to take out the Womens Leading Goal kicker award, whilst Warwick’s Ben Heppell took out the Senior leading goal kicking award, the John Green Trophy, after kicking a season high 74 goals.

The Holman Medal count came down to the wire, with Coolaroo’s Michael Langton polling a maximum 3 votes in the final round to draw level and tie with Goondiwindi’s Charles Youngman with 21 votes a piece for the Senior Men’s Best and Fairest Medal. It was the first time in ten years that there has been a tied Holman Medal, whilst Warwick’s Tyhe Clarkson came agonisingly close to his second Holman Medal falling just one vote short on 20 votes as the runner up.

With the festive period now in the rear view mirror, clubs across the Darling Downs are hitting the track as pre-season training gets underway ahead of the... [more]