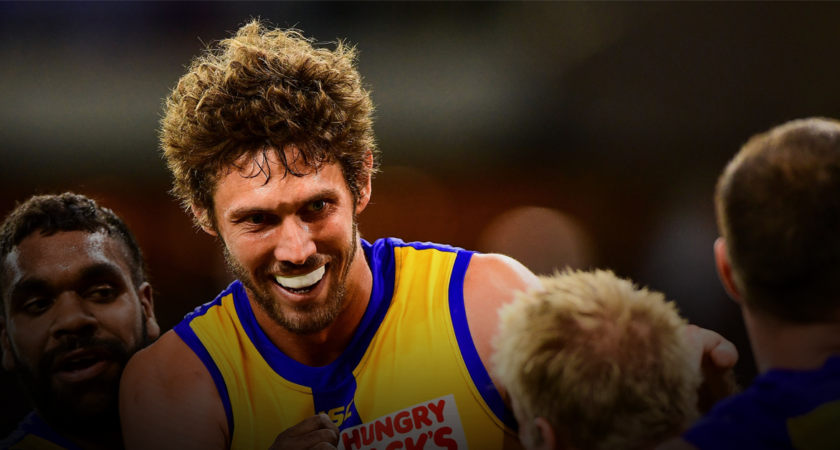 It would have been a long, quiet flight home from Geelong to Perth for the West Coast Eagles on Sunday night. But one player, at least privately, would have been smiling.

In a 58-point loss by the 2018 Premiers to the 2019 ladder leaders, Tom Hickey was a shining light for the away team.

Playing his sixth game with his third AFL club, the 28-year-old ruckman stood up magnificently in what was possibly the biggest game of his career.

Hickey, recruited on a three-year contract over summer, had received a massive vote of confidence from Eagles coach Adam Simpson and his brainstrust when, in a significant charge in direction, they chose to play him solo in the ruck against the Cats.

It was the first time in a long time the Eagles had not played two ruckmen.

And the first time Hickey was preferred to 2018 grand final hero Nathan Vardy, who had started in the ruck in each of the first five games of the season.

It was a big test for the big Queenslander, and he was outstanding as the collective media turned the blowtorch on the Eagles about premiership hangovers and lack of effort in a poor performance.

He earned a 143 Champion Data ranking points to rank fourth in the competition in Round 6. Only Richmond’s Nick Vlaustin (155), Geelong’s Gary Ablett (148) and Melbourne’s Max Gawn (145) had more.

He even took his career disposal count beyond 1000 – the 53rd Queenslander to do so.

It was his 85th AFL game, and, with Nick Naitanui set to return to the West Coast side in the second half of his season, arguably his best. A timely message to coach Simpson.

But this was only one half of a big deal this week for Hickey, the former Gold Coast and St.Kilda ruckman who has always thrived on a heavy in-game workload.

This week he will play in Perth against the Gold Coast, where he started his career in 2011 as a zone selection after progressing through the ranks at Morningside in the QAFL.

In another Queensland highlight from an elongated Round 6, former Redland forward/ruckman Elliott Himmelberg justified the faith of Adelaide coach Don Pyke with a solid contribution against St.Kilda.

Preferred to Josh Jenkins in the top side, Himmelberg posted career-best numbers in goals, marks, hit-outs, contested possessions and clearances. And he should have kicked three goals – he missed a sitter from point-blank range.