Harris Andrews to debut against Tigers 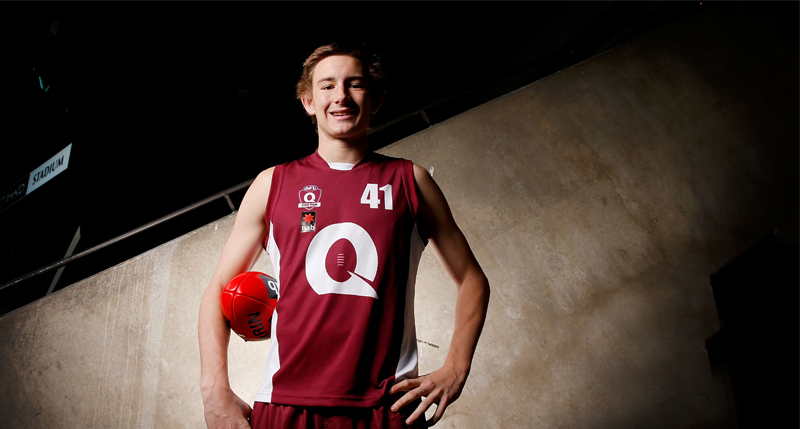 Harris Andrews is set to debut in the battle of the big cats.

The 18 year old will make his AFL Debut this weekend against the Richmond Tigers.

The Aspley Football Club junior was the second pick by the Brisbane Lions and the 61st overall in the 2014 draft.

He was graduate from the Hyundai Help For Kids Lions Academy and also represented Queensland in the 2014 TAC Cup and national carnival.

His road to the AFL while short has been a story of transformation.

As a junior he earned a reputation as a key forward with a great shot for goal, but was never seen as a top draft pick due to his lanky frame.

Andrews has undergone serious renovations to make the next step in his career.

In short time he added 10kg to his almost two meter frame, this weight, added with his aggression and competitiveness made Andrews a serious contender in senior football.

He showed his versatility while playing in the NEAFL. As a junior he broke records for kicking goals, but in his senior career it looks like he will be stopping them, as he quickly earned a reputation as an important key defender.

He immediately provided an impact at the Lions by being one of two draftees to play in the NAB Cup with a near full strength outfit.

During the game Andrews looked assured in the backline as the Lions scraped a win against St Kilda.

Andrews has proven his skills in as a strong mark and displays a fantastic ability to read the play.

His added size and strength combined with his ability to help in the ruck quickly made him a highly sought after recruit.

For his debut match he will be in for a tough task, as he has to contend with two-time Coleman Medal winner Jack Riewoldt.

Keep your eyes peeled for the number 31 as he makes the first step in his exciting journey through the AFL.