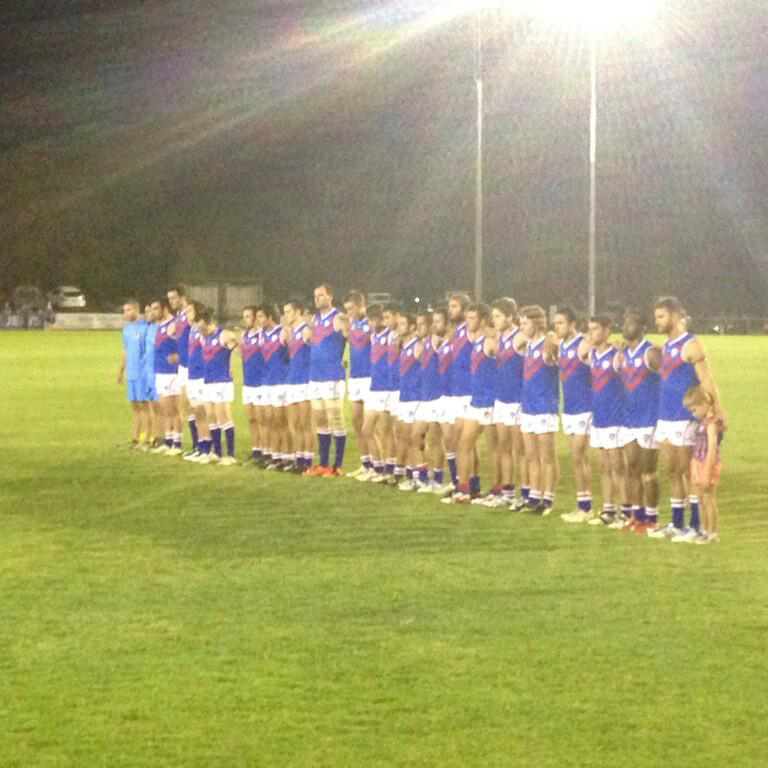 On a dewy night, the low-scoring match saw numerous turnovers from both sides, but the ability of the Gorillas to take control when they needed proved the difference.

The Hawks rebounded well throughout the match, and electrified with some of their breaks, but a poor return in front of goal, meant they couldn’t wrangle an advantage.

While the Gorillas finished with only a 50 per cent conversion rate, their goals at pivotal times handed them the momentum, and with only four second-half goals, that superior accuracy proved crucial.

Grange captain, Steve Brittain, had an immediate impact in his first game back from a shoulder reconstruction, kicking four goals despite being double teamed for much of the night.

The efforts of Grange playing coach, Matt Trewhella, in defence earned him the inaugural Will Forbes/Graham Jewell Medal as best on ground.

Trewhella said the win was a pivotal one for his side, and he was happy with the way they took control late in the game.

“I thought we did well to hold them off and slow the ball down a bit and take that run away from them,” he said.

“They seemed to get the ball out of our defence a lot easier than we did theirs.

“(Our forwards) kicked a couple of goals out of their bum and I thought their defenders did well.”

The form of youngster, Henry Leong, in his first game for Grange was impressive, with Trewhella giving the former Mayne player plenty of praise for his efforts off half-back.

“He’s (Henry) really taken the step up this year,” he said.

“His ball skills are good, he hits targets quickly and he’s got a lot of pace, so we were wrapped to get him.”

New Sandgate recruit, Jacob Huisman, was impressive for the Hawks in the midfield, leading the way for the home side, while Aspley-listed Declan Bevan was also solid.

Hawks coach, Rob Dickfos, said his side, which saw 10 changes this week, lacked polish, but would continue to improve through the season.

“Our endeavour, our attack on the ball, our pressure I think is certainly up there (with top teams) but they just used the ball better than us,” he said.

“A lot of the experienced blokes didn’t have the impact they needed to and we rely on those guys who come back from a higher level to use that experience.”

Click here to see how the match unfolded, with our live blog from the night.