Get voting: Lions and SUNS players named in the 22under22 squad 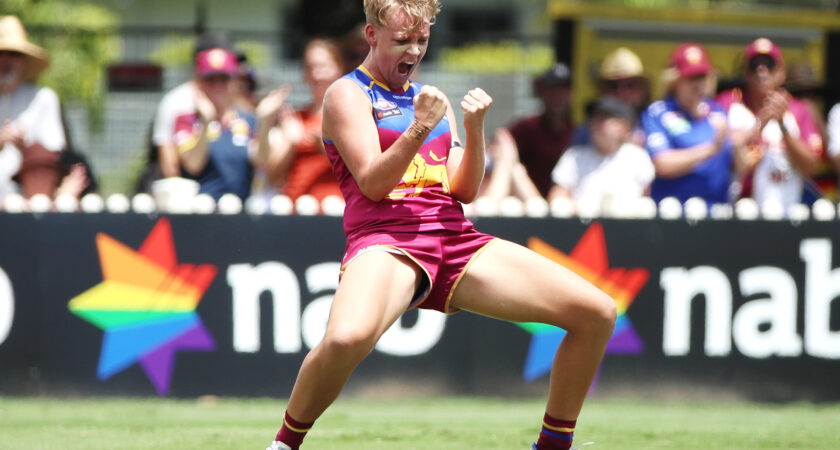 AFL Players’ Association’s AFLW 22Under22 squad has been announced with a host of Brisbane Lions and Gold Coast SUNS players on the list.

To be eligible for selection, players must be aged 22 years or under for the entirety of the season, including the finals series.

“Congratulations to the players who made this year’s 40-person AFLW 22Under22 squad,” Kaslar said.

“There are so many talented young individuals who are already having a serious impact on the competition, which is clear given the standard is going from strength to strength each season.”

“Having seen these players first-hand on the field, it’s easy to see that the future is bright.”

22Under22 is the industry’s only recognised fan-voted award and provides the footy public with the power to select the final 22.

Fans can now visit 22under22.com.au to cast their vote, before the final team is revealed on April 20. The fan whose team best resembles the final 22Under22 side will win a custom 22Under22 jumper and a Jagger watch.

Will Martyn to make his AFL debut for Richmond

Submitted by Peter Blucher. Thirty-three years after he was crowned the king of Queensland football Andrew Martyn is set to enjoy an even greater thrill when... [more]

By AFL Media. It’s that time of year again… tell the kids to lace up their boots and get a drink bottle ready, the 2021 NAB AFL Auskick season has... [more]

Meet Adam from Kedron Lions AFC NAB AFL Auskick Program. He is a first year Auskick Coordinator and is doing an amazing job on the northside ensuring her... [more]

AFL Queensland wishes to express its deepest sympathy to the family and friends of Paul Fowles following his sudden passing on Friday. Paul is survived by wife... [more]