Gabby Arrives at the Gabba 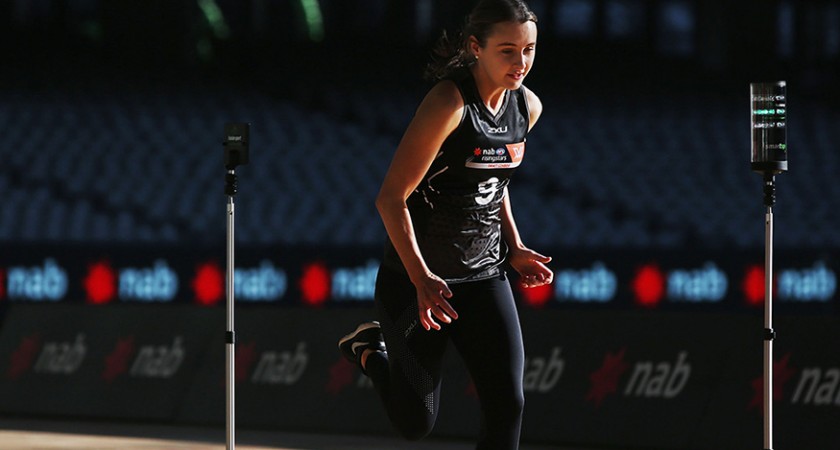 It’s been a whirlwind couple of weeks for Brisbane Lions rookie Gabby Collingwood. It wasn’t that long ago that she watched the first ever AFLW game from the couch with her parents. The match was so good she nearly cried. Now, she’s donning the same jersey that her AFL heroes used to wear in the heyday of the Lions.

“I remember I was twelve or something and I could just see myself playing Queensland girls footy and that was it,” said Collingwood.

Walking into the Gabba as a Lion for the first time was a unique experience for the 18-year-old Jindalee Jags junior, who supports the Lions, but also loves the Hawks.

“It was just really cool, all the players on the wall (from the) men’s and seeing some of the girls up there as well now it was really exciting,” she said.

“It was just overwhelming.”

Gabby learnt the basics of footy at an early age from her dad Steve, who was always keen to go outside and kick the Sherrin. When she wasn’t playing kick to kick, she was watching the game on TV with her mum, Pam. Although Steve might have had the upper hand when it came to the contested work, these days Gabby has a pretty clear answer when asked who would come out first with the ball.

“Definitely I would for sure. He’s a bit older now, in his fifties, so (he’s) you know, got the back problems,” she said. 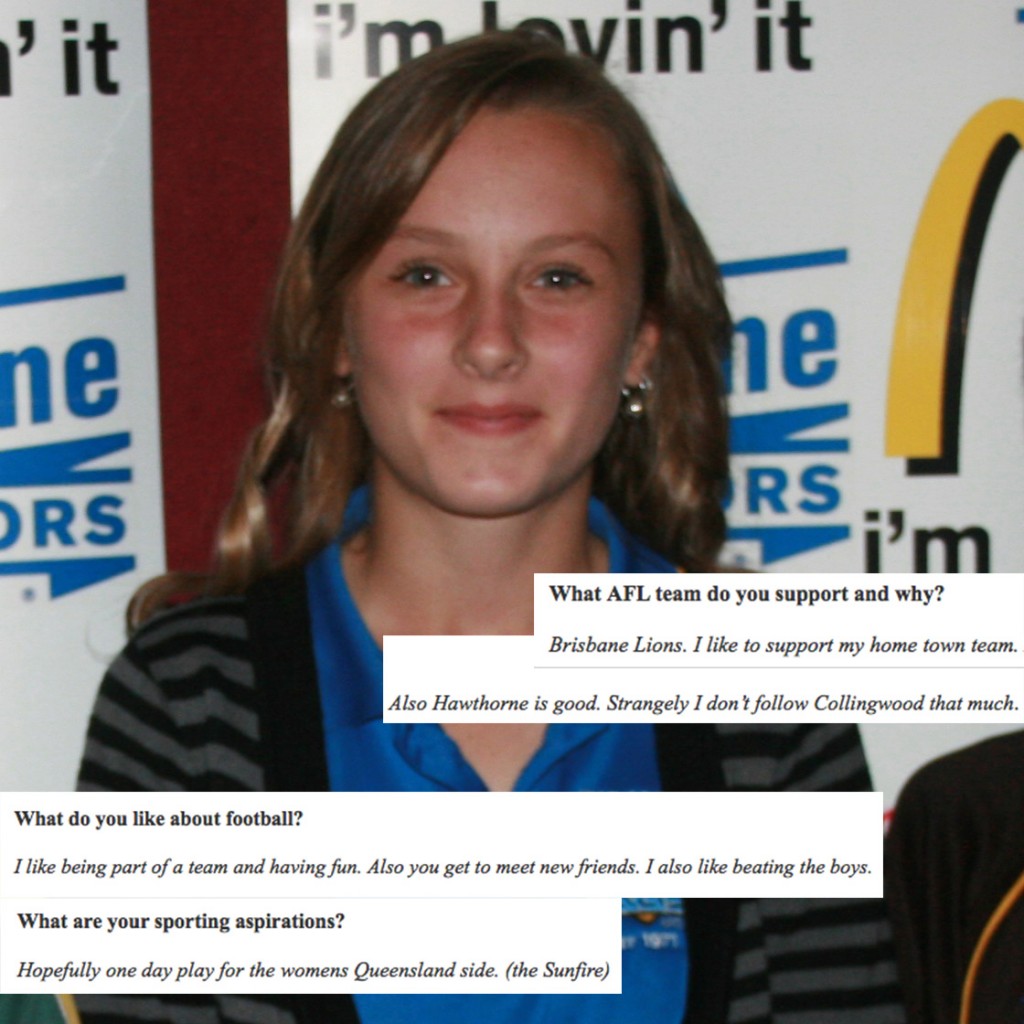 Q & A with 13-year-old Gabby Collingwood

A relatively shy person off the field, something changes when Collingwood steps over the white line and the whistle is blown. The smart midfielder forward gets severe white line fever and can’t help but direct traffic and lead from the front, just like one of her footy idols, Luke Hodge. At this stage, it looks like Collingwood is set to play through the middle and half forward, but given the Lions have so many options in those positions, it may be a waiting game in season 2018.

The AFLW crew at the Lions are already banding together to get in shape prior to the start of pre-season and Collingwood has clear goals in terms of what she needs to work on. Namely, her speed and attack on the footy, but she has some high caliber mentors to help guide her in that area, in AFLW stars Emily Bates, Emma Zielke and Megan Hunt.

Plenty of people have helped Gabby along the way, but perhaps the most influential person on Gabbie at the elite level, has been Lions coach Craig Starcevich.

“He’s been the best coach I’ve ever had,” she said.

“He’s always supported me and told me to keep moving and keep working hard.”

The story associated with Gabby often revolves around the brain tumor that prevented her from playing as a junior, but it’s starting to wear a bit thin.

“It is frustrating and I kind of don’t want it to define who I am,” she said.

When Collingwood didn’t have Under 18 duties with Queensland, she played with the University of Queensland in the QWAFL; at both levels her elite decision making, precision passing and ability to read the play made her a standout draft prospect.

Unfortunately, the current AFLW rule around rookies means that Collingwood will not be able to play unless there is an injury to another player and she is upgraded to the primary list.

It won’t phase her though, like she has done all year from the Under 18 Championships to the draft combine, she’ll wait for her opportunity and make sure she’s ready when it comes knocking.