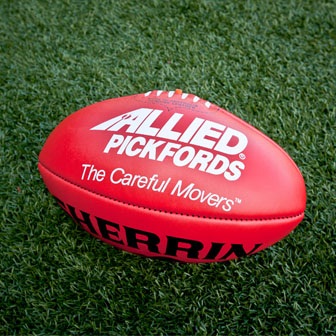 Change is underfoot for the SEQAFL in 2013.

The SEQAFL has undergone a major overhaul, with plenty of new faces on board for 2013.

As well as a new sponsor, the SEQAFL Division One will be expanded to 12 teams, with the University of Queensland promoted from Division Two after strong results in recent years.

Colts (U-18s), reserves and seniors will also play on one day at one venue for the first time to help foster a stronger community culture in South-East Queensland football.

With a new sponsor and a new team joining the Division One ranks, the competition will also have a new face at the helm, with Simon Devine taking over from AFLQ stalwart David Heilbron as the competition coordinator.

Devine has previously worked as Under-18s competition coordinator as well as state umpire development officer and said he was eagerly anticipating the chance to get involved with community football this year.

“With a new team and a new sponsor, it’s the perfect platform for this competition to make an impact and be the most talked about/watched competition in QLD with several initiatives in the pipeline to help facilitate this process,” he said.

Devine comes from a strong Queensland football background and has a high level of understanding about the needs and challenges faced by community football sides.

“The challenge of this competition is more than simply ensuring that the product on the field is of the highest calibre,” Devine said.

“I will be working closely with clubs to ensure that behind the scenes we are doing everything to ensure the sustainability and professionalism of the clubs continues to improve.”

The Allied Pickfords Cup kicks off on April 20, with plenty of blockbuster games to start the season.

To see the full 2013 fixture, click the link below.

From Townsville to Mt Gravatt
Club umpires are key for Caloundra