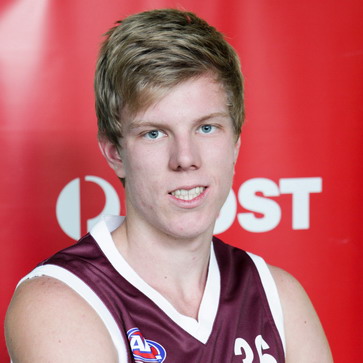 Labrador’s Matt Jones, Steven Wrigley and Tom Fields and Morningside’s Tom Bell have been given a Foxtel Cup ‘rails run’ to the AFL’s extensive end-of-season physical testing regime ahead of this year’s NAB AFL Draft.

Labrador’s Matt Jones, Steven Wrigley and Tom Fields and Morningside’s Tom Bell have been given a Foxtel Cup ‘rails run’ to the AFL’s extensive end-of-season physical testing regime ahead of this year’s NAB AFL Draft.

The AFL today announced that this foursome, together with the NT Thunder’s Kelvin Williams, were among 14 players identified via the Foxtel Cup for the end of season AFL draft combine.

These announcements were made ahead of the inaugural Foxtel Cup grand final between WAFL club Claremont and VFL club Williamstown, to be played at Patersons Stadium on Saturday and broadcast live nationally on Fox Sports from 5:00pm EST.

The players were chosen following their performances in the early rounds of the Foxtel Cup in which Labrador and Morningside, as 2010 QAFL grand finalists, represented Queensland.

They are a preliminary list of players who will be included in end-of-season testing, with a lot of additional players to be announced in the coming weeks.

He pointed out that these players range in age from 17-24, proving the Foxtel Cup was now a legitimate part of the talent pathway and a vehicle for showcasing future AFL players.

Indeed, Queensland is a perfect example of the spread of ages.

Fields, son of former Essendon star Neville Fields and a potential father/son draft selection to the Bombers, is 18 and played with the Australia Post Queensland side in this year’s NAB Australian U18 Championships.

Bell, a member of Morningside’s 2010 QAFL premiership side, is 20, while Jones, 23, and Wrigley, 24, fit under the ‘mature age’ banner in their first season with Labrador.