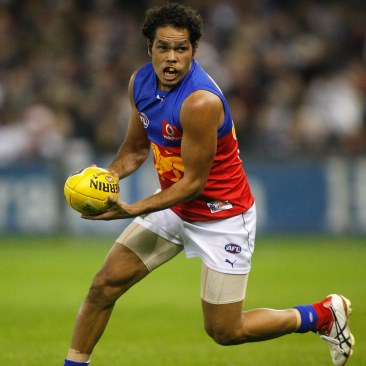 Former Brisbane Lions and Hawthorn player, Rhan Hooper, is coming back to Ipswich in 2015.

The Ipswich junior will take on a playing coach role for the Eagles next season and is excited for the new challenge.

There’ll be plenty of familiar faces for Hooper, with his cousin Billy playing in the senior side, while current senior players, Luke Konstanciak and Chris Devlin both former teammates of his.

A premiership player with Springwood in the QFA South this season, Hooper had input in game-day planning and said he was looking forward to stepping up to the head coaching role.

“I never really thought of myself as a coach but playing at Springwood, I had a bit of input as well with structures and some game plans,” he said.

“With the knowledge that I‘ve got…I really wanted to take that one step further and applied for the senior coaching role and I reckon it’s going to be really good.”

Having played under Leigh Matthews, Michael Voss and Alastair Clarkson, Hooper said he has a good basis to draw from.

“(But) structure wise, I’ve seen the way they implemented their plans and structures individually and as a group.

“Hopefully, I’ll come out on the good side.”

“Once the 2014 senior coach, Michael Rush, decided he wasn’t going to coach anymore, we started talking to Rhan,”he said.

“His AFL experience will be invaluable both on and off the field for us.

“He’s got plenty of ties to Ipswich and we think he will be an important person to take the senior team into the future.”

The Eagles are hoping to expand their senior program in the coming seasons, from two to four teams, and the appointment of Hooper is seen as a catalyst for that.