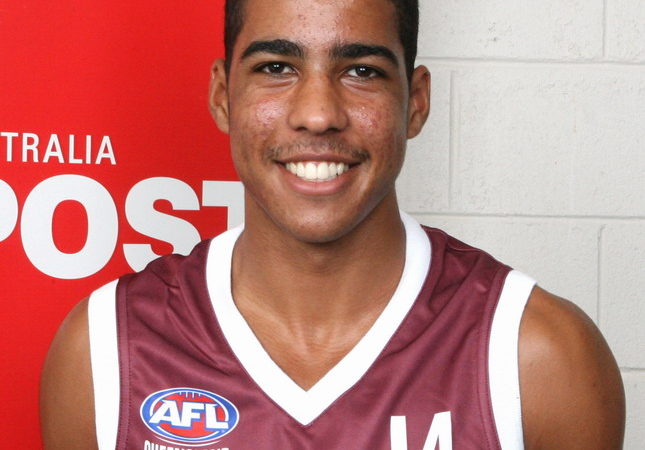 Captain Joel Wilkinson (pictured) was a standout for an Australia Post Queensland U18 side badly beaten by WA in Sydney today.

The Scorpions were beaten 5-5 (35) to 21-25 (151) by the defending NAB Australian U18 champions as they rebounded from an equally humiliating loss to South Australia in the first game of their title defence a week earlier.

This was part of a miserable second round of the championships for the division two sides, with Tasmania and Northern Territory also on the wrong end of 100-point score lines.

The Queenslanders were not helped by the loss of key defender Nathan Reid to a hip early in the first term of what was a football lesson as they were held goalless through the middle two quarters.

Captain Joel Wilkinson was a standout for the Queenslanders, collecting 28 possessions in the midfield, while Michael Hutchinson battled hard under massive pressure at fullback.

Brad Slater, in his first game at the level, was the only Queensland forward who looked dangerous, kicking two of the Scorpions’ five goals, while the coaching brainstrust also included Jackson Rolfe in their best player list for his 20 possessions.

The Queenslanders will look to rebound in a fortnight against NSW at Coorparoo.