FANTASTIC SUPPORT FOR ’THANKS UMP’ 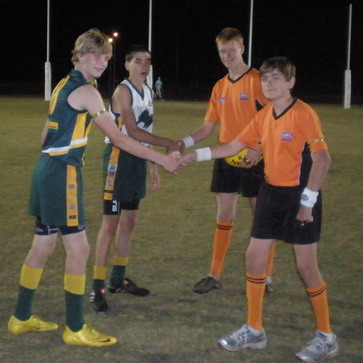 AFL Queensland officials have extended a special thank you to the football community for the outstanding response to the ‘Thanks Ump’ initiative over the weekend.

AFL Queensland officials have extended a special thank you to the football community for the outstanding response to the ‘Thanks Ump’ initiative over the weekend.

AFLQ CEO Richard Griffiths said today he was really pleased and proud of the support shown by leagues, clubs, players and spectators to the campaign state-wide.

People of widely varied involvement levels wore green arm bands to signify their awareness of the campaign and the key message that everyone can impact positively on the match day environment.

“We were quite overwhelmed to be honest,” said AFLQ State Umpire Manager Greg Howell.

“A lot of people wore the green armbands and a lot of junior teams lined up and shook hands prior to their match as further recognition of the program,” he said.

“It put the spotlight on the importance of providing a positive match day environment not just for the umpires but for everyone involved in the game, and hopefully this is an awareness that can continue to grow.”

“Generally speaking, the interaction with umpires by all people involved in footy over the weekend was exceptionally good.”

“Research conducted nationally indicates that 64% of umpires started umpiring due to their ‘love of the game’.

“Umpires ranked fun, fitness and involvement in sport as being more important for their ongoing participation than the cash they receive.  These findings explain why umpires drop out in response to abuse and poor match day environments.

“Once they can no longer tolerate the abuse and stop enjoying their involvement they cease umpiring. The money is not a sufficient incentive for them to keep involved.” 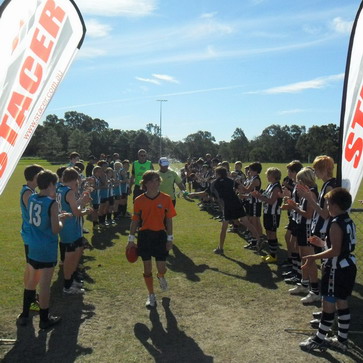