EXPECT A TIGHT GAME AT COOLANGATTA 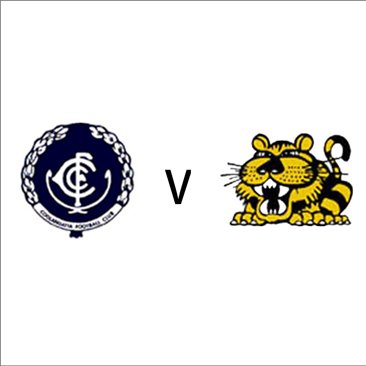 WHO will ever forget the remarkable spectacle these two sides turned on at Len Peak Oval last year?
Coolangatta kicked 13 goals in the fourth quarter – yet still lost by three goals in the round-three clash.

This time, if Mayne can lead by as much as they did last season, the same will not happen, says player-coach Luke Fauklkner.
Despite remaining winless for the season, Mayne are near the money, Fauklkner says, after some spirited and competitive showings.
“We’re finally starting to get a full strength side on the paddock,” he said.
“It’d be nice to get a win on the board. We’re in games each week but we can’t string four quarters together.”
Faulkner and his Tigers kicked seven first-quarter goals last round78 points.
In personnel changes, the Tigers regain on-baller Glenn Sypott, defender Jack Collings (playing from Morningside on permit), utility Paul Spurling and full-back Matt Jones.
And there is a chance Logan Bower, a ruckman/forward, will play his second game for the Tigers on permit from Morningside.
Coolangatta have three changes, losing Cameron Maxwell, Brad Platt and Riley Willemse and bringing in Danny Maxwell, Andrew Boyce and Junior Henry.
The return of Henry gives the Blues five Papua New Guineans in their 20, along with Emmaus Wartuvo, John Vogae, Paul Philip and Ali Pinda.

BIG CHALLENGE AHEAD FOR PUMAS
FEMALE IN FOOTBALL AWARD