BIG CHALLENGE AHEAD FOR PUMAS 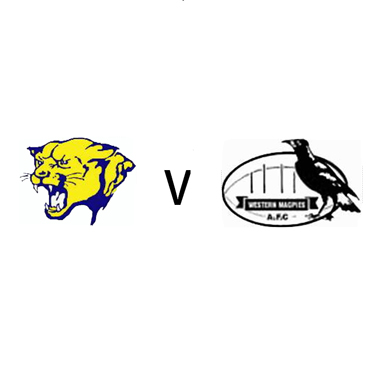 SPRINGWOOD were blown away by Palm Beach-Currumbin at their last appearance and things do not get any easier this round when the Western Magpies visit Lowe Oval.

It’s like jumping out of the cooking pot into the fire after they lost by 174 points to Palm Beach-Currumbin in round seven (they had the bye last weekend).
But at least the Pumas have some handy artillery returning to add some size and experience.
Into the line-up come Tiger Monk, Blake Wallis, Andrew Sponneck and Rob Raudino, four of the club’s better performers.
Among the losses are veteran forward Adrian Wallin, the cloub’s football manager who answered a call to fill in against PBC, but who has no intention of playing on at seniors level.
“This will be another tough one for us,” said Wallin of what lies ahead of the Pumas.
The Magpies have a couple of injury concerns.
Sean Mewing (leg), Lachlan Woods-Honour (ankle) and Tim Colburn (neck) are all out, while centre half-back Chris Hunt could not be considered after a freak accident at training on Thursday night.
Badly concussed and taken to hospital a fortnight ago, Hunt was hit on the head by a ball and again sustained concussion.
The Magpies named Blake McClennan, Sean McEvoy and under-18 Oliver Clarke as the replacements.
Coach Peter McClennan said he wants to see his Magpies star well – and finish off the work in front of goals.
“The guys were really annoyed about the first quarter effort against Mayne last weekend,” he said.
“The .goal is to get out of the blocks early and work on our forward structure to get a better conversion rate.”

LADDER POSITION MEANS NOTHING
EXPECT A TIGHT GAME AT COOLANGATTA