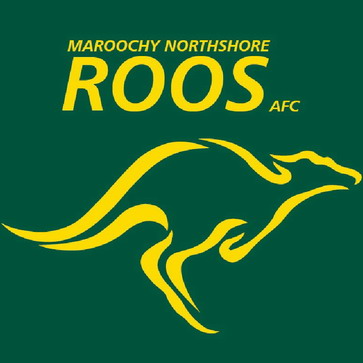 As the Sunshine Coast Daily reports today, a last-gasp decision to apply for the job on the day nominations closed proved fruitful when the 44-year-old got the nod.

“I knew it was up, a couple of people from the club had told me,” Delaney told the Daily. “On the last day I put my resume in.

“I wasn’t sure whether I could find the time to do it or not and over the last week I’ve been able to work that out.”

Delaney will bring a wealth of knowedge and experience to the position, having played more than 200 games in 14 years for Port Adelaide in the SANFL, winning six senior premierships, before becoming an assistant to Mark Williams at the Power.

He was a skills coach and helped Williams with match-ups on game day for the AFL club and also held coaching positions with amateur South Australian clubs.

Delaney moved to the Sunshine Coast this year to pursue business endeavours and spent his weekends watching the Roos and their northern rivals the Noosa Tigers.

The Roos bowed out of the finals in straight sets in 2009 and 2010 under coach Peter Somerville after showing promising form throughout the home-and-away seasons.

While he has watched them play throughout the year, Delaney said he was not in a position to make judgements on what areas they needed to improve in to challenge for the premiership.

“I need to spend a bit more time with the players before I can talk about that,” he said.

“I don’t want to sit back and make assumptions on that.

“They were pretty successful this year and I don’t think they’ve done a lot wrong.

“Until I get in there and see and work with them I can’t really judge them.

“Peter Somerville’s done a terrific job with the club and hopefully I can continue that on and top it off.”

Delaney said he was hoping to get the players back on the track within the next fortnight before getting into the proper pre-season in the New Year.

“I’d like to meet the players, talk to the players and put a training program in place,” he said.

“We’ll have some good training runs to get to know each other and for me to assess where we’re at fitness wise and skills wise.”

The Sunshine Coast Daily advised that anyone interested in playing for the Maroochy Northshore Roos in 2011 is encouraged to contact Ben Ayres on 0414 901 702.