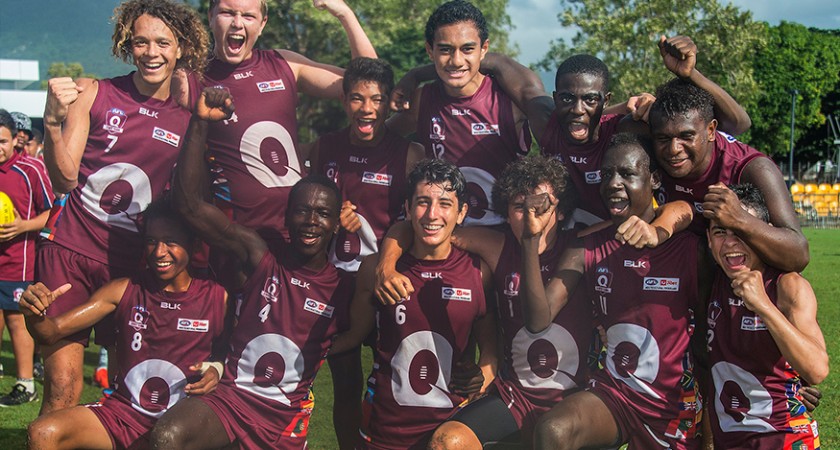 The National Diversity Championships will see over 200 participants from indigenous and multicultural backgrounds come together and compete at the week-long tournament held in April, 2016.

The sixteen boys who trialed, most of whom were not from an Australian rules football background, were put through their paces with speed testing (20m sprint), vertical leap, strength and skill based activities.

Pioneer State High student Travahn Tonga was a standout athlete recording an impressive 3.13 seconds in the 20metre sprint, and the best standing vertical leap with 58cm.

AFL Queensland Mackay staff will now work closely with the AFL Queensland Diversity team to determine who will advance to the State team trials in February.

Regional Manager for AFL Queensland in Mackay, Jeff Neumann, was thrilled with the amount of interest, and extremely impressed with their athletic ability.

“The diversity trials are a new concept for the region, so to have 16 students trial, with 15 of those from a non Australian Football background is a great result,” Mr. Neumann said.

“We will work closely with our Diversity Team to determine which of the students should progress to the next stage of the program.”

Stay tuned to Mackay.AFLQ.com.au and www.aflq-new.fspdev.com for the announcement of those students selected for the Queensland state team trials next year.