DAWSON’S FIRST GAME OF THE YEAR 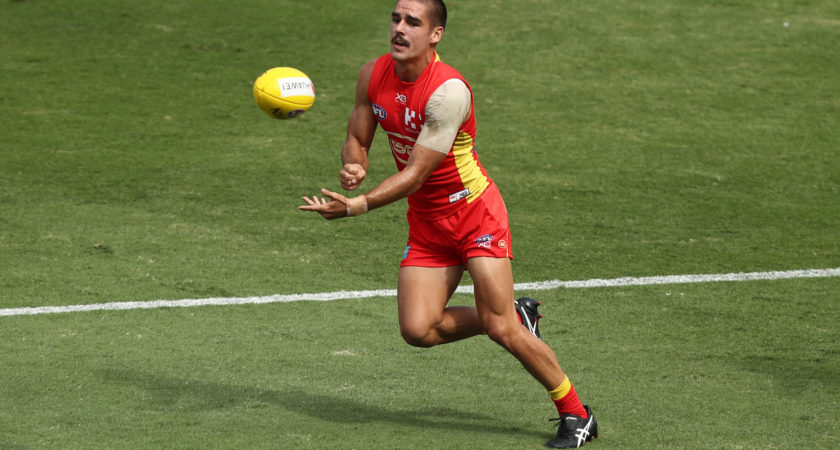 Gold Coaster Jacob Dawson will become the 32nd Queenslander to play in the AFL this season following his recall to the Suns side after an absence of almost 12 months.

Dawson, captain of the 2017 Suns Academy side, will play against Carlton at Marvel Stadium tomorrow afternoon.

The 19-year-old inside midfielder, a junior product of the Burleigh Bombers via Palm Beach Currumbin and a 2018 Rookie Draft pick-up, will play his fourth AFL game after he played in Rounds 11-17-18 last year.

Oddly, the Gold Coast’s Jacob Dawson will get his chance as the Sydney Swans’ Jacob Dawson, one of the real finds of the 2019 season, will miss through suspension.

Averaging 29 possessions in his last three NEAFL games, the Gold Coast Dawson will look to correct a statistical imbalance from his first crack at the AFL in 2018, when he had 13 kicks and 33 handballs in his three games.

Dawson will be the 37th different player to represent the Suns in the AFL this year, hoisting them to the top of this list alongside Melbourne and Richmond, and leave just seven players on the list without a game.

They are the injured Rory Thompson and Harrison Wigg, plus long-time absentee Tom Nicholls, Brayden Crossley and the untried Caleb Graham, Jaz McLennan and Connor Nutting.

Dawson, son of former NBL basketballer Paul Dawson, has got his chance as the Queensland AFL ‘family’ enjoyed mixed news at selection for Round 18 of the Toyota premiership.

Teammate Lachie Weller will miss through illness and Brad Scheer was omitted, and Brisbane welcome back Eric Hipwood from injury but omitted Ben Keays, a late inclusion last week, after his good showing in the big over Port Adelaide.

Significantly, Richmond have retained exciting ruck/forward prospect Mabior Chol as they mount a strong late season charge. He will play his fifth game in a row and his sixth overall, and is mounting a case that will make it difficult for coach Damien Hardwick to leave him out.