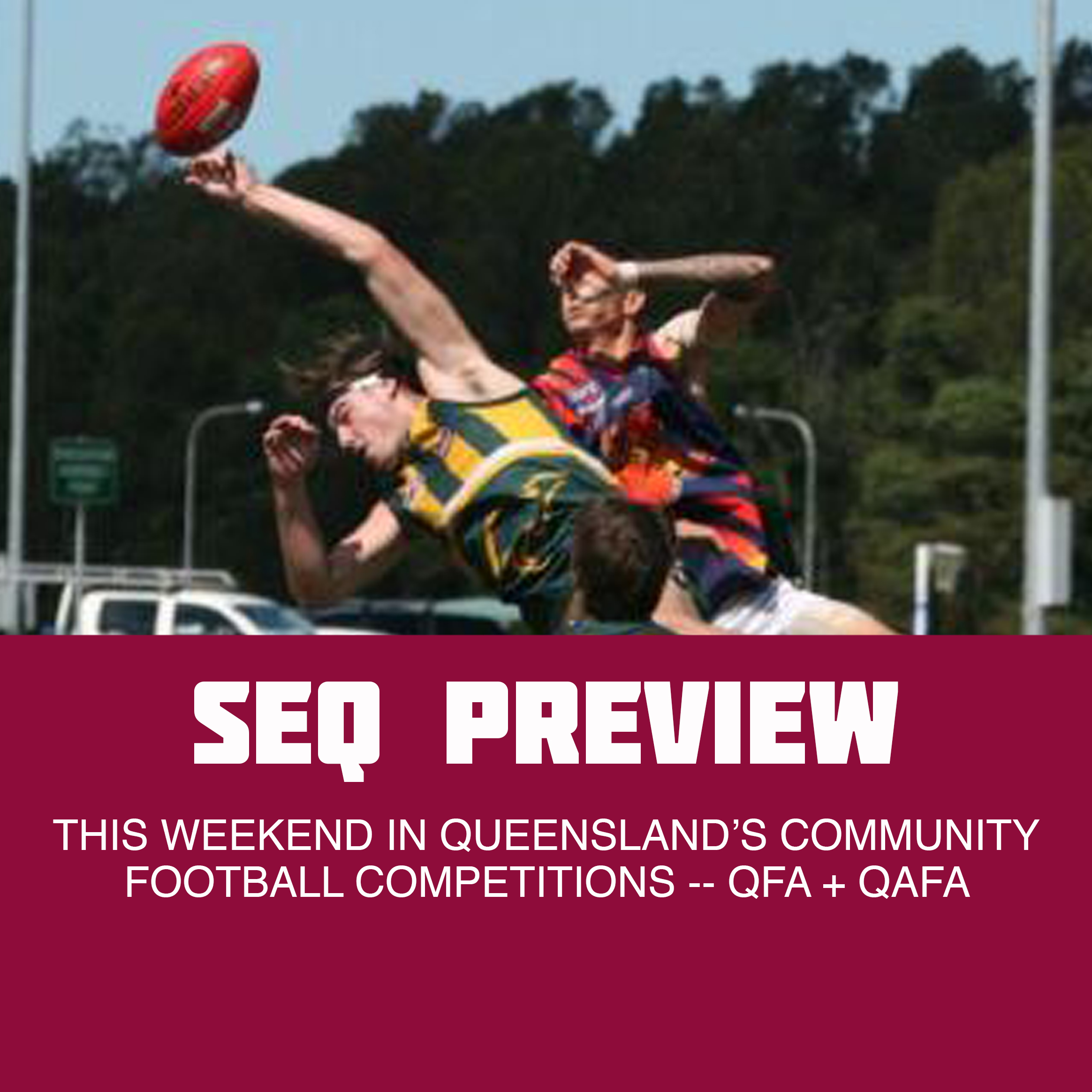 Round 9 of the QFA Seniors competition kicks off this weekend with Aspley hosting Maroochydore. The Hornets will be out to prove their worth and break their three-game losing streak, which continued with a 116-60 defeat to Noosa in round 8. The Roos will need to keep up their consistency, with their play slowing down every quarter last week. Despite this, they nabbed an 83-67 victory over Caloundra.

Kedron will have their fingers crossed their home ground advantage continues when they host Noosa this weekend. Three of their past four consecutive wins have been played at home, including last week’s 116-60 victory over Aspley. However, it’s likely to be a tough game for the Hornets, with Noosa sitting second on the ladder and coming off the back of an impressive 135-47 triumph over Nambour & Hinterland.

Caloundra will face difficulty when they go up against a mighty confident Mayne this weekend, with the Tigers absolutely annihilating Caboolture 249-1 last week. The Panthers, who lost 83-67 to Maroochydore in round 8, will have all eyes on Caboolture’s Luke Faulkner, who kicked a whopping 14 goals last weekend.

Bottom teams Nambour & Hinterland and Caboolture go head-to-head, with both teams looking to bounce back from disappointing losses last week. The Lions suffered an absolute 249-1 thrashing at the hands of Mayne last week, remaining scoreless until the last quarter saw a behind put one point on the board. The Blues will be hoping to start out strong, after a very slow start last week saw Noosa beat them 135-47.

Yeronga host Alexandra Hills in what could be a daunting match for the away team. The Devils have had all their successes this season on home turf, including last week’s 190-95 victory over Coolangatta-Tweed. Alex Hills will have to watch out for Yeronga’s Matthew Eagles, who kicked 9 goals. Their slow play and goalless first quarter in round 8 saw them go down 152-33 to Kenmore.

Burleigh and Kenmore will both be full of confidence this weekend after each securing convincing round 8 victories. The Bombers now sit second on the ladder after eight goals from Lachlan Felsman saw them through to a 180-23 win over Coomera. The Bears displayed strong and consistent play, beating Kenmore 152-33.

Bottom teams Coolangatta-Tweed and Coomera face off, with the Magpies battling to secure only their second win of the season. They suffered a 180-23 loss to Burleigh last weekend, only managing three goals the entire game. The Blues also took a bruising, with Yeronga South Brisbane defeating them 190-95.

Robina host Coorparoo this weekend in what could be an exciting match. The Kings will be refreshed and ready to bring strong play after their round 8 bye. The Roos will also be looking to bring some aggression to the field in an attempt to rectify their 154-56 loss to top team Springwood.

Park Ridge and Logan face off in round 11. The Pirates had a close first quarter against Beenleigh last week, then streaked ahead to secure an 83-58 win. Logan will be out to redeem themselves after last week’s performance, where a scoreless fourth quarter and only three goals saw them lost 76-23 to UQ.

Top team Griffith-Moorooka and bottom team Beenleigh go head-to-head this weekend. The Roosters remain undefeated after their 186-75 victory over Carrara, which saw Alan Flower and Matthew Pearce kick nine and eight goals respectively. Beenleigh are still yet to secure a win this season, losing to Park Ridge 83-58 last weekend.

Pine Rivers will be hoping to bring aggression and strong play to the field when they host UQ this week in a round 2 do-over. They went down 65-71 to the Red Lions last time, but will be hoping their home-ground advantage continues – the Swans haven’t lost a home game yet. A round 10 bye will see them refreshed in taking on the Red Lions, who landed a convincing 76-23 win over Logan last weekend.

Carrara host Redcliffe in what could be a tough match for the Saints. After equal points in the first quarter against Griffith-Moorooka last week, the Saints lost momentum and finished with a disappointing 186-75 defeat. The Tigers, who sit second on the ladder, will also be out to prove their worth after a close 67-60 loss to Ipswich saw them handed their second loss of the season.