CATS NOT GETTING CARRIED AWAY 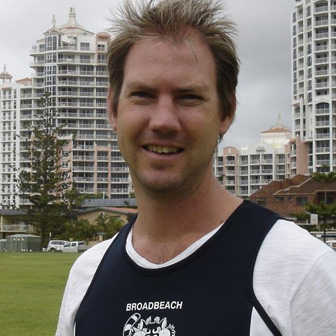 Broadbeach were presented with the Club Aid Trophy for winning the NEAFL Northern Conference pre-season competition at the season launch on Tuesday and admitted the victory had been a fillip for the club.

Cats president Paul Rolfe accepted the trophy and said it was nice to have some silverware to put in the trophy cabinet.

New coach Matt Angus also agreed it was important in terms of rewarding players for their efforts over a big summer.

The Cats have been a noticeably leaner looking outfit than in recent years and Angus was not taking all the credit.

“Probably the biggest recruit of the summer was our fitness guy Gary Fox,” Angus said. “He was involved in the Brisbane Bears in the early days and has been training elite athletes for a number of years.

“He has added a whole new level of professionalism to the way the players prepare.”

The Cats open their premiership campaign against Southport in a local derby at H&A Oval on Sunday 3 April and Angus knows it will be a big task first up.

“Southport have been fantastic over a long period of time…I heard of Southport 20 years ago back in WA,” he said.

Fellow neighbours Labrador turned around long period of indifference in the QAFL to reach the grand final last year and Angus takes some heart from that.

“Like anything you can turns things around quickly…but there’s a lot of work to be done,” he said.

Angus was not drawn into making any wild predictions about where his side would finish in the premiership season.

“We have seen enough in a couple of Twenty20 games to show we can be competitive,” he said.