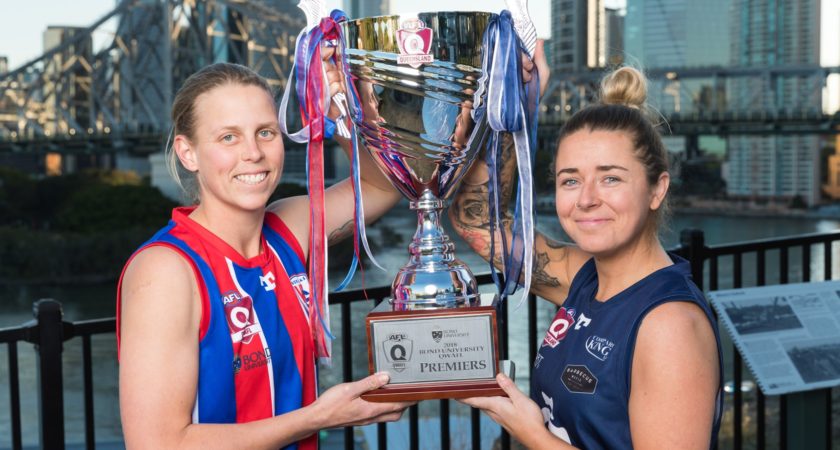 This season has been Wilston Grange’s coming out party but all of their success throughout 2018 could be for nothing if they can’t produce one more win in the Bond University QWAFL Grand Final against Coorparoo.

Sunday’s big dance will be the first time the Gorillas have made the Grand Final. Their season has been their best to date; bettering that of their semi-final exit one year ago.

For Coorparoo though, the game yields a different kind of importance given their disappointment on the same day, at the same ground, last season. The Kings were favourites in their Grand Final against Yeronga South Brisbane and led by 24-points in the opening half but were run down and cruelled by the agony of defeat at the final siren.

After a stellar second half of their 2018 season, the Kings have found their way back to the Grand Final. A strong victory over University of Queensland last week gives them a genuine shot at redemption.

A lot has changed since their Grand Final loss last year though, particularly in the personnel department. Brittany Gibson, who played nine games for the Kings last season, defected to Wilston Grange in the offseason and will play against her former side for the third time this Sunday. The loss of the experienced midfielder is one of many changes to the Kings line-up this year. The changes in personnel though, have added a new dynamic to Coorparoo and have provided a breath of fresh air and excitement in the build up to the game, according to Kings’ spearhead Jess Wuetschner.

“We have a very different team than last year. We have a core group who are the same but there’s a lot of new faces too,” Wuetschner told aflq.com.au.

“It’s a chance at redemption for the ones who were here last year but the new girls are also just really excited to be there too.”

Wuetschner, who has booted 21 goals this season, was coy to build up the Kings’ chances in the matchups and was happy to inherit the underdog moniker.

“It’s starting to set in that we’re actually playing in the Grand Final this weekend. The excitement will really come,” she said.

“I think it’ll be a real arm wrestle for the first three quarters. Wilston Grange are a very good side and it has shown this year. We are the underdogs, but I know we are going to give it everything we’ve got.”

Coorparoo’s biggest strength in the matchup is perhaps their outside speed, headlined by the likes of Kayla Geddes.

Geddes, who will likely start on a wing against the Gorillas, could be a wildcard for the Kings given her uncanny ability to take the game on and generate movement from seemingly nothing.

Joining Wueschner as another key for the Kings deep inside 50 is Jenae Govan. The two lead this seasons goal kicking tally. Govan booted 31 goals throughout the home and away season but has slowed slightly in the finals, kicking just one goal over the past fortnight. In their loss to Yeronga last season, Govan lacked finals composure. She needs to stand tall this time around for the Kings especially given she’ll likely draw the attention of the Gorilla’s Kate Lutkins or Shannon Campbell.

Speaking to aflq.com.au,  Lutkins was bashful to give away any hints ahead of the big game.

“We’ll see. I don’t know at the stage, but we’ll see what happens,” Lutkins said.

Lutkins, who was instrumental in the Gorillas’ early finals win over Coorparoo, was full of excitement ahead of the showdown.

“It is pretty exciting. We’re all just looking forward to getting out there. We’ve had some really good energy at training this week.”

“The girls are really excited to be there especially given it’s the first time for our club.”

“It’s been a long enough break for us anyway – I think it’s been 16 days in between games so we’re pretty eager to get out there. I think it’ll be an absolute cracker of a game.”

It’s been no secret that Wilston Grange have been the biggest success story of the 2018 season to date, and much of that has come via their plethora of scoring options.

The Gorillas have six players who have booted ten or more goals this season, including livewire Delma Gisu, who boasts the potential to play a huge role in the game. Blessed with speed, a sharp turning circle and a knack for finding the goals, Gisu could be a mismatch for the Gorillas inside 50 and definitive game-changer.

Either way, the 2018 QWAFL Grand Final will be a historic moment for female football in the state. Coorparoo’s shot at redemption or Wilston Grange’s first premiership paint the perfect storyline for the final game of the season. 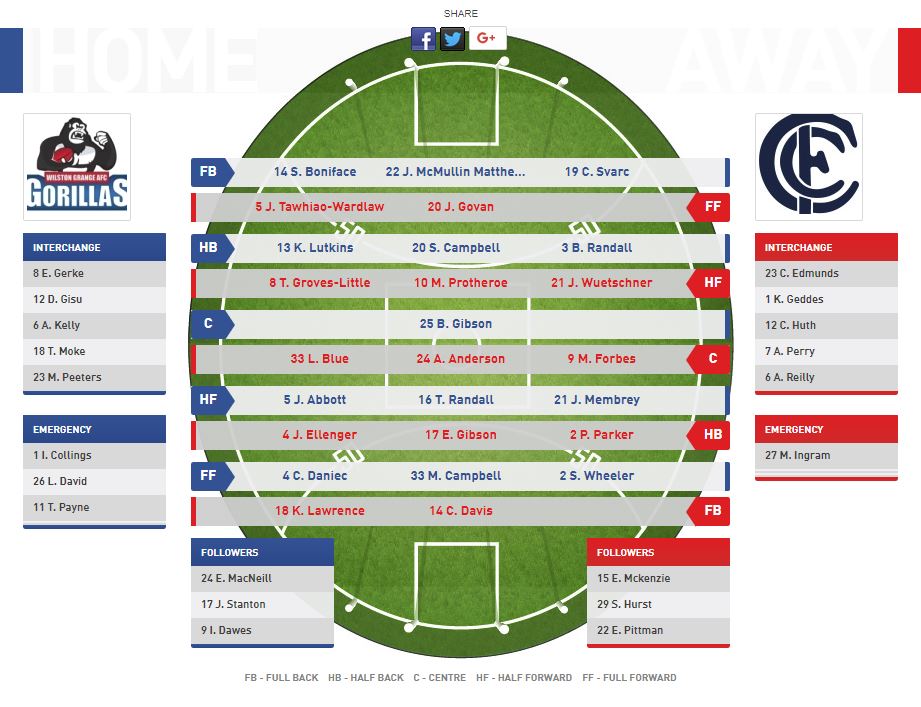 From 10:00am games across all four senior women’s football competitions will take place, culminating with the Bond University QWAFL Grand Final at 2:30pm.

Food, coffee, a canteen and bar will all be operational throughout the day plus a kids zone full of fun!

A number of Brisbane Lions AFL Women’s player will be available for autographs from 1:30-2:30pm.

The Gold Coast SUNS will also be there with a merchandise tent and photo booth.

TICKETS are just $7 for adults and $5 for concession. Kids under 16 are free.

Can’t make it to the game? Catch the The 2018 Bond University QWAFL Grand Final via live stream here.