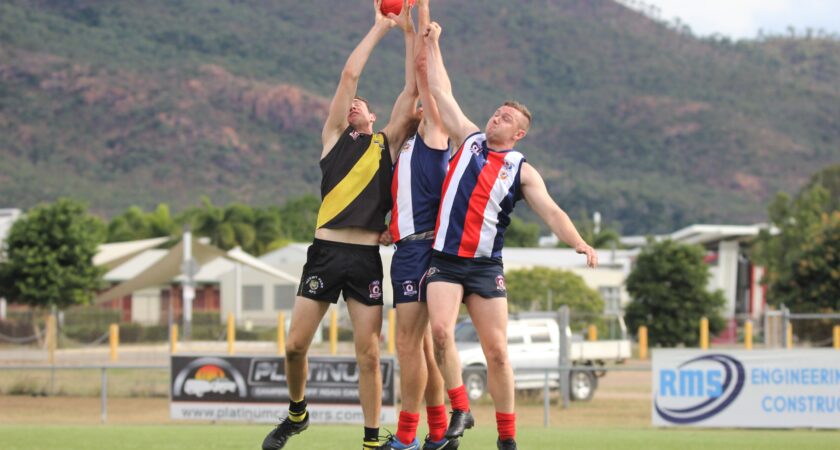 Taking you around footy grounds across Queensland.

There’s no Montagues and Capulets up in Cowboy country- but instead they do have the Curra Swans Football Club and the Hermit Park Tigers AFC.  The neighbours’ matchups are always peppered with great competitiveness and much spirit.  To further solidify the rivalry; their grounds and clubrooms are side by side to each other.

All AFL Townsville matches were played at Curra’s Muldoon Oval last weekend, with the magnificent and picturesque Mount Stuart in the fairground.

It was a battle from the start in the Parry NQ Women’s competition with both sides fighting it out until the final siren. In the end, it was last year’s premier’s Hermit Park who turned the tables on top of the ladder Curra, who had beaten them earlier in the year.  Making the victory sweeter was that the Tigers pinched back top spot on the AFL Townsville women’s ladder.

Rising star Tailah Rennie had an outstanding second half, kicking three goals for the Tigers, lifting them to the win.  For Curra; small forward Stephanie Simmonds kicked two goals and has 31 goals to her name this season.

Swans skipper Kurt Poole has been superb this season, not only a gun player and leader but has come through the AFL Townsville junior ranks and now coaches in the Curra junior program. For Hermit Park it is fantastic to see Ryan Agita playing great footy.

Curra showed they have plenty of depth within their side after their tight win over Hermit Park in the Men’s reserves competition. The Tigers will take plenty of learning from the match after being up at half time.  Jarrad Whittlick was brilliant for the Tigers as was Callan Marchant for the victors.

“Two households both alike in dignity, in fair Townsville where we lay our scene, from ancient grudge break to new mutiny, where civil blood makes civil hands unclean.” 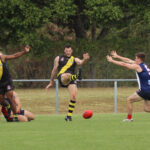 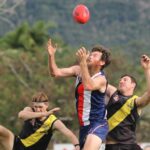 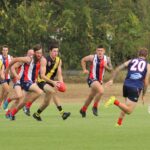 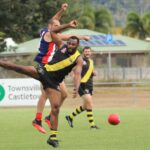 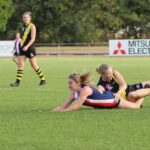 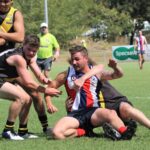 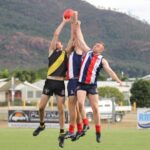 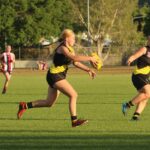 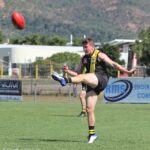 Byron Bay AFL9s is back!
VFL reduced to 14-game season due to ongoing COVID issues