The one thing coach Barry O’Brien dreads most is for his Wilston Grange Gorillas to slip back into old habits in the big Anzac Day eve clash against Sandgate at Hickey Park tonight.

After an encouraging performance when they thrashed Western Magpies on Good Friday, O’Brien is demanding a repeat effort in the northside derby against the Hawks.

A 45-point victory against the Magpies – what made it even better was the fact they restricted their opposition to only two goals for the match – has given the Grange faithful positive vibes for the season ahead.

But that will be brought undone if they flop against their north Brisbane arch rivals tonight.

“We’ve got to set a standard now,” said O’Brien. “We can’t play one good game then drop back into the bad days.

“If we can win this one we’ll be two and one – we won only three last season.
“But Sandgate are always in most games and I think they’re pretty competitive.”

Across town, Sandgate coach Jarad Marsh is hoping for natural improvement from his young players after a first-round loss to premiers Palm Beach Currumbin.

He saw a lot to like then even though the Hawks eventually lost by 76 points.
“Obviously that game showed that we can match it with the good sides for periods of time,” he said.

Sandgate have four changes to the side that went around against PBC.

Also, midfielder Blake Hartley is back after missing the first round.

At Hickey Park selectors have made just the one change, regaining vice-captain Daniel Farry after his long recuperation from knee surgery.

Having a settled unit is good for the Grange although they have to find ways of lifting after a break of only five days after Good Friday. 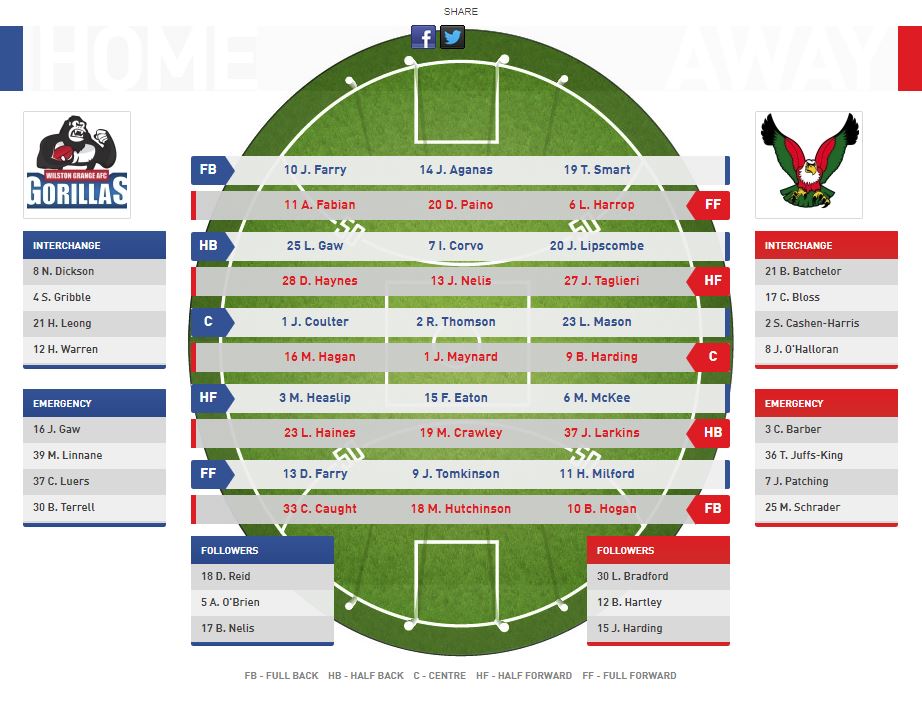