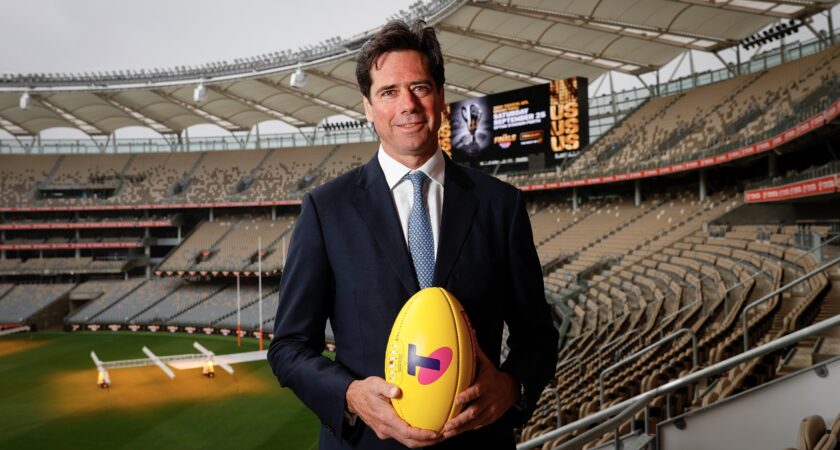 To everyone involved in community football in 2021 – thank you!

To everyone involved in community football leagues, clubs and programs across Australia, I want to say a sincere thank you for bringing the game back in what has been another challenging year.

Whether you’re a NAB AFL Auskick coordinator, parent, participant or a community football player, coach, umpire, volunteer or administrator, you have played an important role in getting football programs going across the country. Our game is built on the contributions of great people and their communities.

Football means so much to so many people, towns and communities. Despite the challenges community sport has faced, our great game has rebounded with grassroots participation back around record levels from 2019.

Unfortunately, we have seen significant disruptions impact our game again in 2021, particularly in Victoria and New South Wales. l want to acknowledge Victorians who missed the entire season last year and have felt the brunt of COVID again, with large chunks of this season unable to be played. In New South Wales and the ACT many leagues had their seasons end prematurely. It is disappointing that so much football has been lost and I know there are regions, leagues and clubs doing it tough. I feel for everyone involved who has missed out on so much.

In the Northern Territory, Queensland, South Australia, Tasmania and Western Australia, there have been some interruptions but thankfully seasons have mostly been completed, which is fantastic.

Even in this challenging year, the following numbers highlight the strength of community football, nationally:

To all those who have won premierships in 2021, congratulations! To those who are yet to complete finals, all the best.

While this part of the year is an exciting time on the football calendar, there are clubs and players who won’t get the opportunity to realise their ambitions in 2021. Hopefully most in that situation can regroup and have another crack in 2022. I also hope to see the next generation of girls and boys enjoying full, uninterrupted years of Auskick programs next year, inspired by their favourite AFLW and AFL teams and players.

The AFL is committed to supporting the return of community football in 2022. We understand the role that the AFL must play, along with our state and territory bodies, to ensure that football remains the most popular sport in Australia, with strong community connections and welcoming, safe and enjoyable environments for all. We will soon share details about the significant investment the AFL will be making to help community footy, where it’s most in need, rebound in 2022 and beyond.

To everyone in community football, thank you for the role that you play in making the game great and a significant part of so many communities across Australia. We hope to see you back involved in 2022.