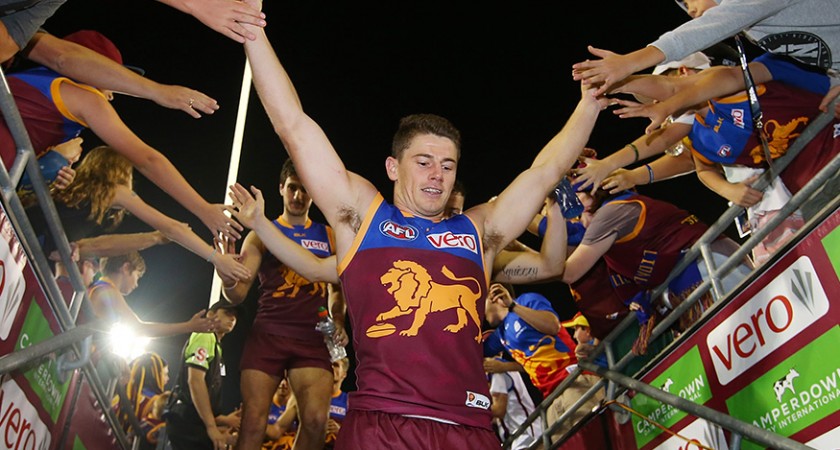 Deputising for the injured Tom Rockliff, Zorko had 22 possessions, 10 tackles and a goal as the Lions beat the Gold Coast Suns by 13 points at the Gabba.

He was desperate to ensure there would be no repeat of his first and only other time as acting captain, when the Lions copped a 79-point hiding from Richmond at the Gabba in Round 3 last year.

Zorko’s tackle count was equal third best in QClash history, behind only Jaeger O’Meara’s 13 tackles in 2014 and Mitch Robinson’s 11 tackles last year, and was indicative of the pocked-sized midfielder’s commitment to see his side post their first win of the season.

He was among the Lions best in their come-from-behind win, sharing top Queensland billing in Round 4 of the Toyota AFL Premiership with Melbourne rookie Josh Wagner, who had 24 possessions in his second game (see separate story).

It was also a memorable day for fellow Queenslanders Tom Bell, Harris Andrews and Liam Dawson, who was a late inclusion for Dan McStay (illness).

Bell, who had 16 possessions and kicked two goals, celebrated his first win in Lions colors, and Andrews (12 possessions) and Dawson (17 possessions) enjoyed their first QClash win.

In other noteworthy Queensland performances from Round 4:-