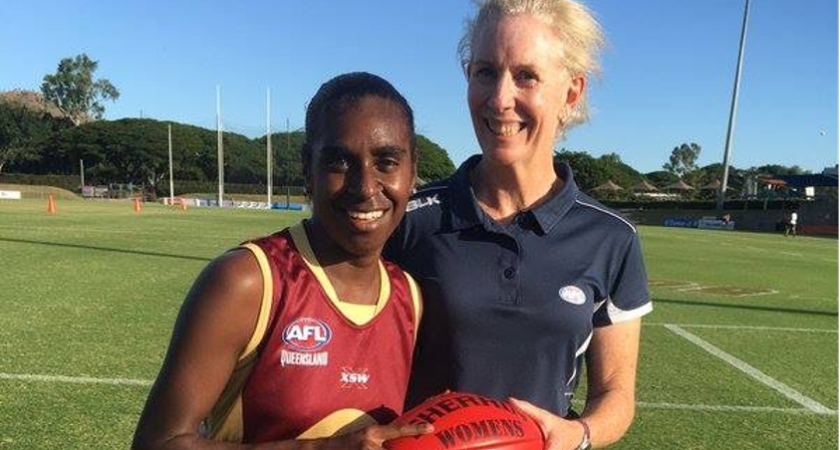 AFL Queensland is pleased to announce the appointment of Kath Newman as the new State Female Talent Manager.

Since late 2012, Newman has held the position of AFL Queensland Regional Manager- Townsville where she had a significant impact on community football in the region throughout her tenure.

Among her many achievements, Newman had a major influence in establishing a senior women’s football competition in Townsville and has driven the female talent program in North Queensland.

“Kath has done a terrific job as Regional Manager in Townsville for several years now and we can’t wait to have her in the talent space moving forward.”

“Women’s football in the state continues to grow and Kath will now help usher in the next generation of female athletes.”

“With Brisbane’s continued success and Gold Coast’s imminent inception to the AFL Women’s landscape in season 2020, we hope the talent continues to develop throughout 2019 and beyond.”

Newman’s appointment comes following the departure of Craig Starcevich, who transitioned to the Brisbane Lions full time after four years in the role which he juggled alongside coaching commitments with the Queensland Under 18 representative side and Brisbane Lions AFL Women’s team.

Following her appointment, Newman said the opportunities for female football in Queensland are endless.

“I really am looking forward to seeing the girls get through to the AFL Women’s competition, but I also look forward to working with the female talent right form youth girls, through community football and QAFLW and really provide them the necessary opportunities to get to AFLW,” Newman said.

“With an eighth team joining the QAFLW competition along with the new development league sitting underneath it, more than 800 women will have the opportunity to play at a really high level.

“We have to work really get ready in time for 2020 and the Gold Coast SUNS team joining the AFLW competition. I’d love to see both the Lions and the SUNS with the majority of their playing group from Queensland.”

Newman will start in her new position on January 14.