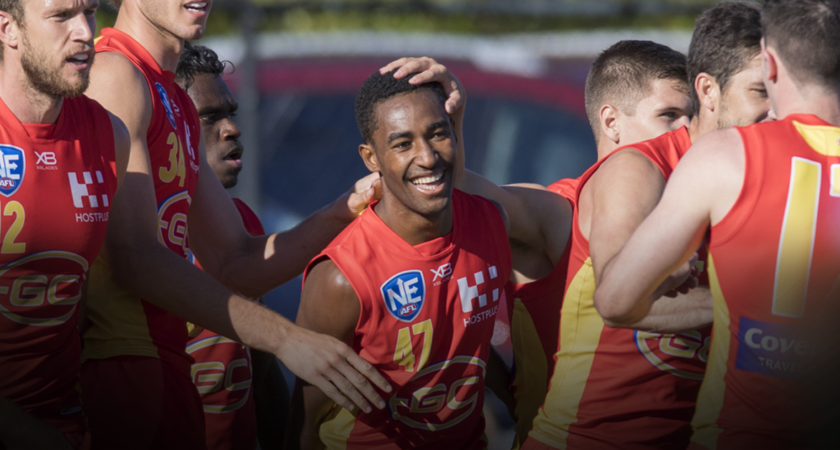 Oea’s journey from Papua New Guinea to the SUNS Academy is an inspiration. He first played football in the Port Moresby youth school competition at 13 where he was spotted by AFL PNG development staff, who then encouraged him to join an AFL PNG Talent ID carnival.

It was at this tournament where AFL South Pacific Development Manager, Ben Drew, first saw him in action, and together they guided the young talent through the next chapter of his journey.

Oea caught the eye of SUNS officials a couple of years later when he kicked five goals in an Queensland Under-16 State Championships match in 2017, and became the first PNG player to be selected in the NAB AFL Academy as a result.

Hailing from Gordon in Port Moresby, Oea officially joined the SUNS Academy last year on a two-year international scholarship. He made his NEAFL debut last season, drawing praise for his speed, endurance and work ethic.

The NEAFL Rising Star is awarded to the most promising young talent in the NEAFL competition.

Nominees must be under the age of 21 and played less than 20 senior games (excluding games as AFL club academy players) at the start of the 2019 season.