A Sunday of success for the Sunshine State 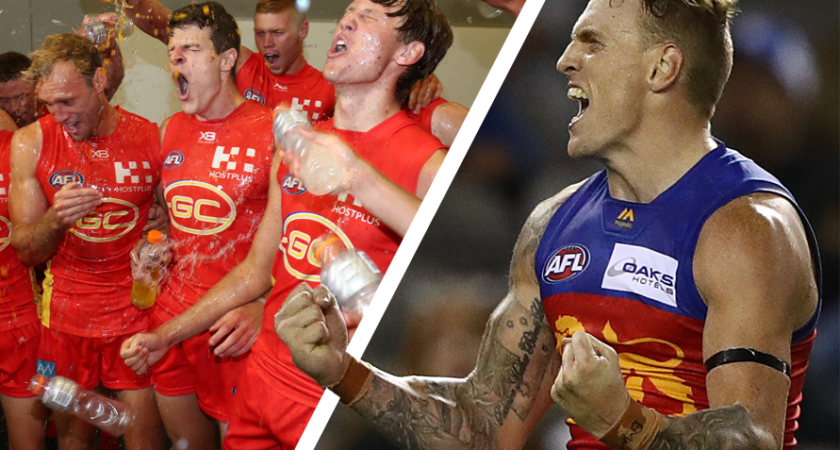 Queensland proved to be a state to watch on the weekend as both teams, the Brisbane Lions and the Gold Coast Suns, cleaned up their competition on a victorious Sunday.

It was the first time in two years both teams beat their opponents on the same day, giving Queenslanders a reason to cheer.

Coming off the back of their demolition of reigning premiers West Coast in round one, the Lions beat North Melbourne in a 20-point victory at Marvel Stadium.

Lachie Neale starred for the Lions, and almost single-handedly powered his team to win, with a game-high 43 disposals to give them a spectacular 2-0 start to the season.

Although their performance was not always consistent, as the Roos managed to secure a game-high lead midway through the third term of 22 points.

This clicked the Lions into gear, as they booted four straight goals to end the term putting the Lions two points ahead 10 seconds before the three-quarter time siren.

On their home ground, Gold Coast beat Fremantle in a three-point win, pushing the tally of both Queensland teams winning on the same day to six since 2011 when the SUNS entered the competition.

Alex Sexton finished with a match-high four goals, leaving him as an unlikely Coleman Medal leader after two rounds.

An added bonus for the Suns victory was a clean bill of health post-match.

Raising the atmosphere pre-game was AFL Queensland’s Footy 4 Fun campaign, who drew a crowd of 1,673 people to Metricon Stadium with competitions, prizes and plenty of activities for all kids to get involved in.

The colouring-in competition saw 72 entries, with one lucky winner leaving with a signed SUNS jersey by Jacob Dawson and Sam Day.

All Queenslanders will be hoping to keep the momentum high going into the next round of competitions this weekend, when the Lions host Port Adelaide and the Gold Coast take on the Western Bulldogs.