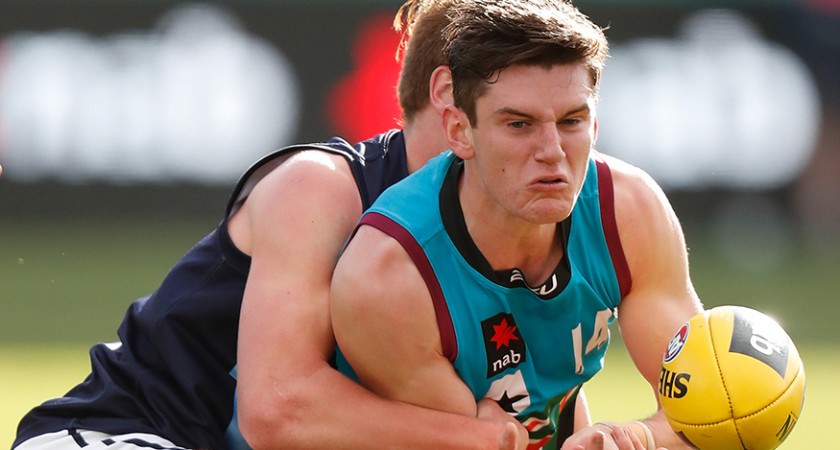 Tuesday the 8th of August saw the AFL release the list of players invited to take part in state combines all over Australia.

The list features a strong representation from the Gold Coast SUNS Academy with Sam Davidson, Harry Simmington and Connor Nutting all set to showcase their skills in Victoria. To be nominated, players must have received three expressions of interest from AFL clubs.

Exciting Wilston Grange and Aspley young gun Oskar Baker also received an invite to the Victorian state combine, after an impressive season in the NEAFL. Baker starred again over the weekend against Southport, kicking four goals from 20 disposals and taking nine marks.

Baker’s Aspley teammate Daniel Joseph will be attending the Rookie Me combine, taking the total of Queenslanders represented at state level, to eight.

Lions Academy talls Connor Ballenden and Jack Payne, alongside SUNS Academy ruck prospect Brayden Crossley have already been invited to the national combine, after receiving more than four nominations each.

Ballenden and Crossley played against each other on Saturday in the NEAFL, in the Lions versus SUNS clash. Ballenden collected 16 disposals and took seven marks for the Lions, while Crossley had 17 disposals to go with eight tackles.

The Victorian state combine will get underway on the 6th of October at Etihad Stadium, while the Rookie Me combine will take place on October 8 at a venue yet to be decided. The national combine will run from the 3rd to the 6th also at Etihad.

Two outstanding local volunteers have been recognised and honored for their contributions to sport in our region across the Australia Day ceremonies, with... [more]