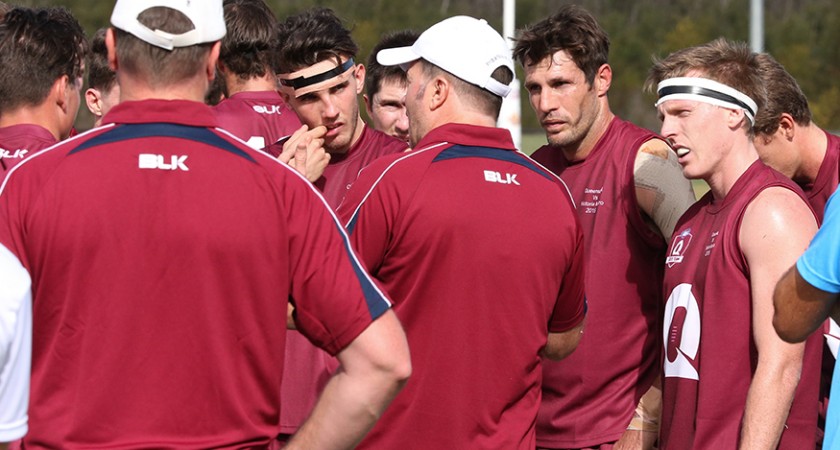 AFL Queensland has announced an initial 45-man squad for the 2016 Queensland State Team, who will take on the Western Australian Amateur Football League (WAAFL) in a state representative match on June 3.

The squad is made up of 41 players who are listed to QAFL clubs, and four who have shared their time between the NEAFL and QAFL this year.

Chairman of selectors, David Lake, said he is pleased with the balance of the squad.

“We are really happy with the 45 we have picked; it’s a fantastic mix of youth and experience,” Lake said.

“The makeup of the whole squad is excellent, and they all have a great opportunity. Being able to represent your state in the 150-year celebrations is a very special thing.

“If we get the buy-in from the players from the moment they arrive, it’s going to be a competitive side.”

The mix Lake speaks of ranges from Connor Stackelberg, a 19-year-old Sandgate player, right through to Morningside’s Ashley Evans, who is 33.

Also announced was the assistant coaching panel for the team.

“The coaches have been really supportive; it’s been a seamless process,” Lake said.

Training will commence on May 11 at Mt Gravatt at 6:30pm.

The squad will take part in four training sessions before the game against the WAAFL on July 3 at Yeronga, kicking off at 7:00pm

The 45-man squad will be trimmed to 23 closer to the game.

'Siders for Life' unites Panthers
U18 Preview: Queensland vs. NSW/ACT