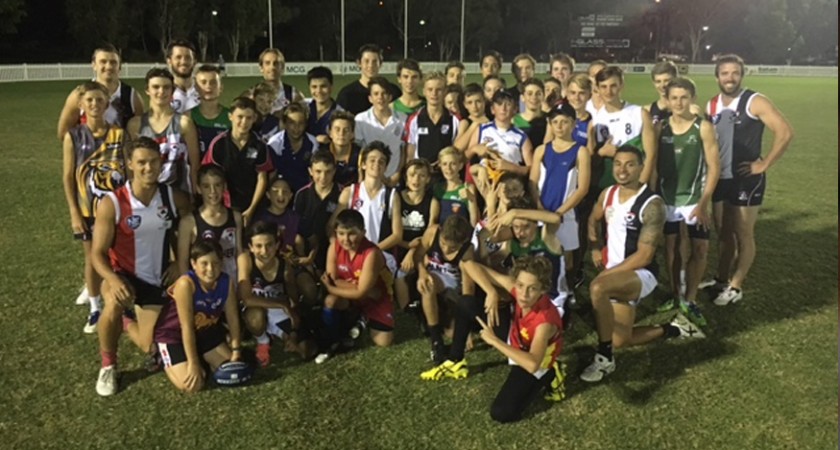 The Morningside Panthers last week united participants from their junior ranks with the senior squad for a combined training session.

The initiative, organised by the club’s welfare arm Siders For Life, is one in a series of events aimed at creating a stronger connection between the younger generation and their idols, fortifying the pathway from Auskick right through to the club’s Past Players Group.

With the senior squad enjoying the bye last weekend after starting their season with four wins on the trot to sit outright top of the QAFL ladder, junior teams who train on Thursday nights were invited to join the seniors across both ovals for fun and educational activities suited to their age groups, topped off by sharing a barbecue together afterwards.

Siders For Life will look to repeat the session during the senior squad’s subsequent bye weeks throughout the season to give other age groups the same opportunity.

Now in its third year of operation, Siders For Life is a community focused program with the purpose of fostering an environment that optimises wellbeing and performance.

They hope the benefits include:

The Siders For Life program was originally designed by recently retired 5-time premiership player Nick Tomlinson as a way of helping anyone that came into the Morningside Panthers environment assimilate, seek advice, learn from others’ experiences, access professional services and feel like they have an ally to turn to.

For more information about Siders For Life, email Nick Tomlinson at nick@tomlinson.com.au

Initial U16 State Squad announced
U18 Preview: Queensland vs. NSW/ACT