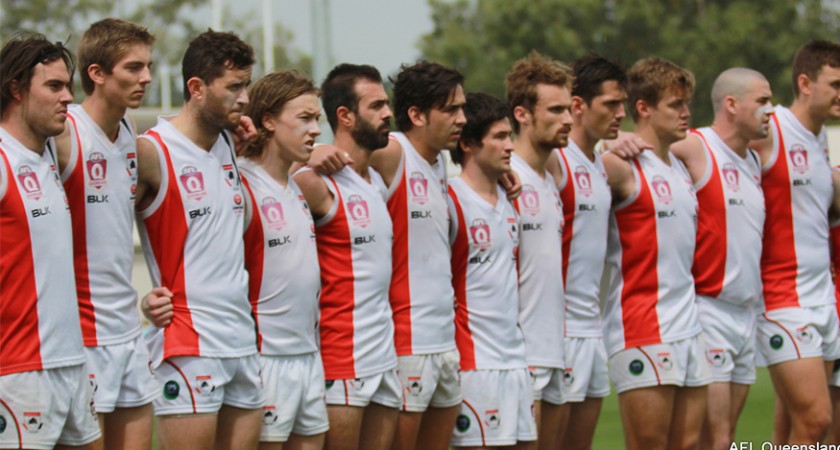 Morningside, a member of Brisbane’s elite footy competition for almost 70 years, host their Homecoming round this Saturday, June 18 as part of Queensland’s 150 Year Anniversary celebrations.

The Panthers will don a one-off commemorative jumper when they run on to the field in their game against Broadbeach.

The specially designed Guernsey will be based on the black and white of the Morningside Seniors prior to their merger with Hawthorne Juniors in 1950.

The jumper will also feature a logo honouring the contribution of the Morningside Amateur Athletic Club and the Balmoral Cycling club to the senior team’s establishment.

The day will be about reconnecting with past players, supporters, members and volunteers as well as other community groups who helped bring the club to life.

“The volunteer awards are another way of showing our appreciation to our people because community clubs can only thrive thanks to volunteers,” Tomlinson said.

“We have been given so much by the community around us over the last 60-odd years and this is just a small way to reciprocate and show our gratitude.”

Formed in 1948, the Panthers started by playing home games inside the velodrome of the Balmoral Cycling Club before moving to the current club grounds at Hawthorne Park.

The club needed some time to find their feet in the big leagues, taking seventeen years to qualify for a finals series and win the premiership in 1965.

The Panthers have since won another seven senior premierships, including 2003 and 2009 where the Morningside reserves, women’s (2003) and U18 (2009) teams also hunted down the flag.

Morningside President David Diamond is proud of how far the club has come and wants everyone to come together to celebrate the club’s history.

“We take great pride in the culture and the tradition of the club and that’s one of the great things about Morningside,” Diamond said.

“We’re working as hard now at the club as I’m sure the guys did back when the club started from scratch.”

Any commemorative homecoming jumpers not purchased by the players wearing them will be auctioned online in with proceeds going towards the club’s welfare program.