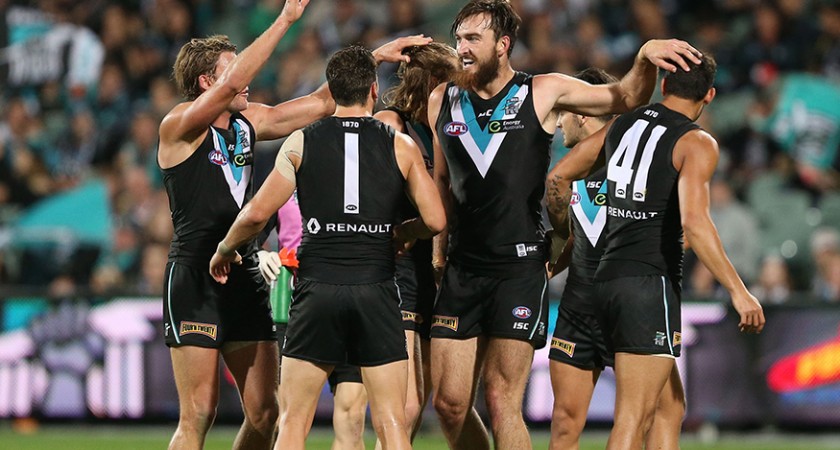 Charlie Dixon gave the Brisbane Lions a close-up reminder of what might have been on Sunday when he bagged the biggest haul of goals by a Queenslander this year.

In his seventh game for Port Adelaide after being keenly pursued by the Lions over the summer, the former Gold Coast Suns power forward kicked five goals and had a season-high 16 possessions in his side’s 77-point Adelaide Oval win.

It was nothing new for the Lions to fall victims to a Dixon onslaught – he kicked six against them last year for win the Marcus Ashcroft Medal in Q-Clash 9.

He has now kicked more career goals against Brisbane than any other opposition – 14.

Dixon’s haul on Sunday topped the four-goal bags of Sydney’s Kurt Tippett (Round 2) and St.Kilda’s Nick Riewoldt (Round 5) and was the fourth biggest in his 72-game career behind two sixes and a seven.

He is now second on the Queensland AFL goal-kicking list this season with 17, behind only Riewoldt (18), and equal 11th on a competition goal-kicking list headed by Sydney’s Buddy Franklin (29), Gold Coast’s Tom Lynch (28), North Melbourne’s Jarrad Waite (23) and Adelaide’s Josh Jenkins (23).

In other Queensland highlights from Round 7 of the Toyota AFL premiership:-