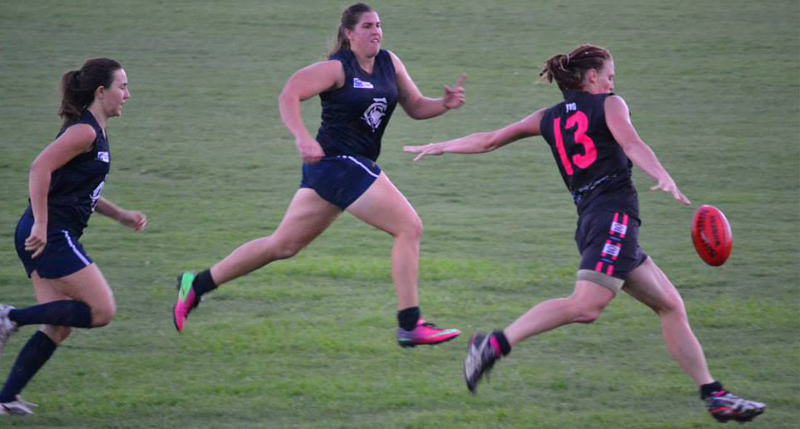 After a third place finish in the home and away season with eight wins and six losses, and an elimination final win over Wilston Grange, Yeronga South Brisbane found themselves in a preliminary final against the Zilmere Eagles. Although beaten comfortably on the day, to make a preliminary final is nothing to be sneezed at. They would have been disappointed not to play off in the big one, but will be all the better for the experience of finals football when the 2015 season rolls around.

Headlining an extensive list of recruits for 2015, and returning to Yeronga South Brisbane to play again is Danni Cox. Although new to the sport, keep and eye out for Amy McNenamen, her attitude towards training and thirst for knowledge has more than impressed senior coach Scott Stephens, who labeled her the “prototype of footy recruits.”

Perhaps the most interest recruit of 2015 is Selina Purutataemeri. With relations to the Rioli’s and Austin Wonaeamirri, she comes from footballing royalty bloodlines. After dedicating the last few years to her law degree, Purutataemeri will return to the field in 2015.

Yeronga have retained the majority of their core playing roster from 2014. The one loss will be Heidi Thompson, who has made the move to Wilston Grange. Thompson will leave a void in the lineup, due to her senior and representative football experience.

Stephens is taking it right back to basics this year. The focus over summer has been getting miles into legs early in the pre-season, and then ramping up the contested work as the season draws near. With a bye in round one, Yeronga will have an extra week to prepare to ensure they are right to go for their first game of the year against Zillmere.

“Even though we have had a change over, we have kept our core group of players which is pleasing. We are expecting to play in finals, but having said that, I don’t want to put too much pressure on the group. We will just take it week by week.”

Who has the X factor?

When you line up in a midfield alongside Emily Bates, it’s hard to steal the limelight. Stephens believes that Jordyn Zanchetta has flown under the radar the last few years, and will have a breakout year in 2015. The midfielder will provide that second option, along with Bates, out of the CBD.