Zorko to lead the charge for Queenslanders in the Brownlow Medal 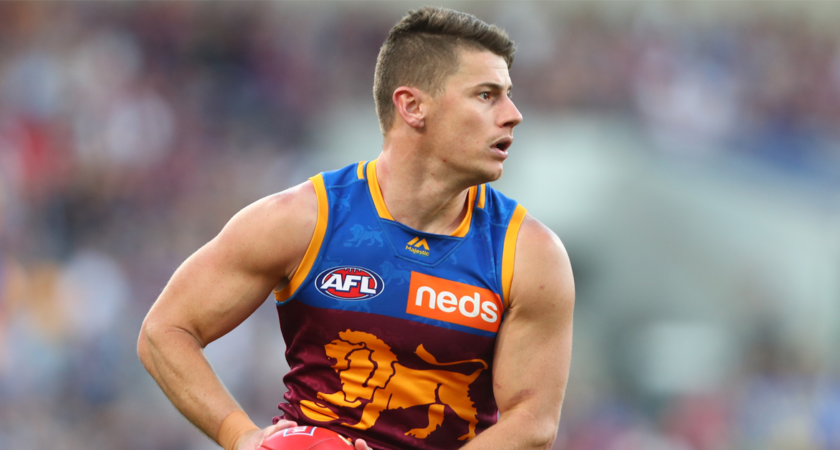 Dayne Zorko has ticked a lot of boxes during an AFL career in which he’s worked tirelessly to make up for a late start. Four best & fairest awards, an All-Australian blazer and this year captaincy of a Brisbane Lions side that won the admiration of the AFL.

One thing he hasn’t done since his debut as a 23-year-old in 2012 is lead the Queensland vote count in the Brownlow Medal, but all that is tipped to change on Monday night

It shapes as a two-way battle between Zorko and Lions teammate Charlie Cameron in a sub-plot to the very real Brownlow aspirations of prized Lions recruit Lachie Neale.

If Zorko or Cameron pick up too many votes it has the potential to impact on Neale’s hopes in what shapes as one of the most open Brownlow counts in years.

Zorko has polled 47 Brownlow votes to rank sixth among Queenslanders all-time. His best haul was 14 votes in his All-Australian year of 2017, when he was surpassed by Nick Riewoldt in the St.Kilda champion’s penultimate season.

Riewoldt polled 19 votes that year to take his career tally to 149, and then in 2017, in his last season, he picked up four more to surpass former Brisbane captain Michael Voss at the top of the all-time Queensland vote list.

Zorko sits sixth on the all-time Queensland vote list, and is set to become the sixth Queenslander to post 50 Brownlow votes this year.

A total of 15 Queenslanders have polled 20 or more votes. They are:-

As a guide to Monday’s Brownlow Medal count, AFLQ has converted the 20 votes award by the coaches in each home-and-away match for the AFL Coach’s Association Player of the Year into notional 3-2-1 Brownlow votes.

In Round 23 against Richmond at the MCG, when the coaches votes went to Nick Vlaustin (9), Neale (8), Dayne Zorko (4), Dion Prestia (4), Dustin Martin (4) and Bacher Houli (1), this equates to three votes for Vlaustin, two votes for Neale, and a third of a vote each for Zorko, Prestia and Martin.

Zorko was ranked in the top three players on the ground by the coaches (including ties) a team-high nine times.

He did not receive any notional three-vote ratings in a year in which the Lions collectively received 16 notional threes from the coaches – Neale (6), Cameron (2), Jarryd Lyons (2), Harris Andrews (1), Hugh McCluggage (1) and Marcus Adams (1).

But six times when he received 2 or 2.5 notional votes from the coaches he can definitely expect to be among the Brownlow votes. They are:-

Round 8 – He has 28 possessions (11 contested) and kicked two goals against the Western Bulldogs, plus seven tackles and seven clearances.

Round 14 – He had 28 possessions (13 clearances), one goal and six clearances against St.Kilda.

Round 15 – He had 31 possessions (16 contested)( and kicked three goals against Melbourne.

Round 17 – He had 24 possessions (9 contested) and kicked three goals against Port Adelaide.

Round 21 – He had 25 possessions and kicked two goals against Gold Coast.

Cameron was twice rated best afield by the coaches – when he kicked five goals in Round 14 against St.Kilda and Round 22 against Geelong. He picked up a notional two votes in Round 9 against his former club Adelaide, when he had 16 possessions and kicked three goals.

Andrews’ best performance, when he received maximum votes from the coaches, was Round 11 against Hawthorn. He had 20 possessions (10 contested), 14 one-percenters and took three contested marks.

The coach’s votes will not give too many other Queenslanders a lot of hope heading into Monday’s vote count, but Gold Coast’s Alex Sexton and Sydney’s Aliir Aliir are expected to have their moment in the spotlight.

Sexton, who picked up his first and only vote last year and was the Suns leading goal-kicker this year, can look forward to two or three votes in the Round 2 win over Fremantle, when he kicked four goals and shared top ranking from the coaches with Suns skipper David Swallow.

Aliir, who finished 8th in the 2019 Bob Skilton Medal for the Sydney Swans club champion, is tipped to poll his first  medal votes in the Round 16 loss to Essendon at the MCG. Playing as a make shift ruck, he picked up 17 possessions (10 contested), 23 hit-outs, eight clearances, eight inside 50s and two goal assists, and was rated the second best player on the ground by the coaches.

Others who could feature in the votes after receiving notional votes from the coaches are Gold Coast’s Jack Bowes, Jarrod Harbrow and Lachie Weller, West Coach’s Tom Hickey, and Richmond’s Mabior Chol.

Under the same conversion, the coaches votes suggest the Western Bulldogs’ Marcus Bontempelli, who won the Coach’s Association Player of the Year Award, will also win the Brownlow.