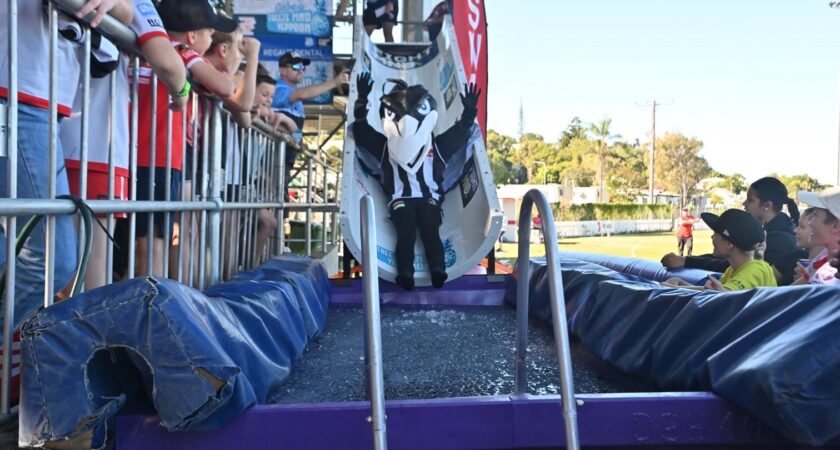 This year’s event was dedicated to Life Member and long-time supporter of the Yeppoon Swans Gabe Watkin, who passed away from Motor Neurone Disease in November 2021. The 2022 event was renamed in her honour.

Twenty-nine people slid down a slide to be dunked into freezing cold, icy water. The event was so popular that the club smashed their initial target of $60,000 to raise almost double. More than 1,500 people came through the gate at Swan Park to support the event, making it the club’s most successful yet.

“On behalf of the club, I was to send out a huge thanks to our great little community,” he said.

“For the town of Yeppoon and surrounds to achieve this staggering total really is a testament to the Central Queensland spirit.

“Thank you to those near and far who supported this important cause.

“Gabe was a truly treasured member of our club and we are proud to continue to support this cause in her memory.”