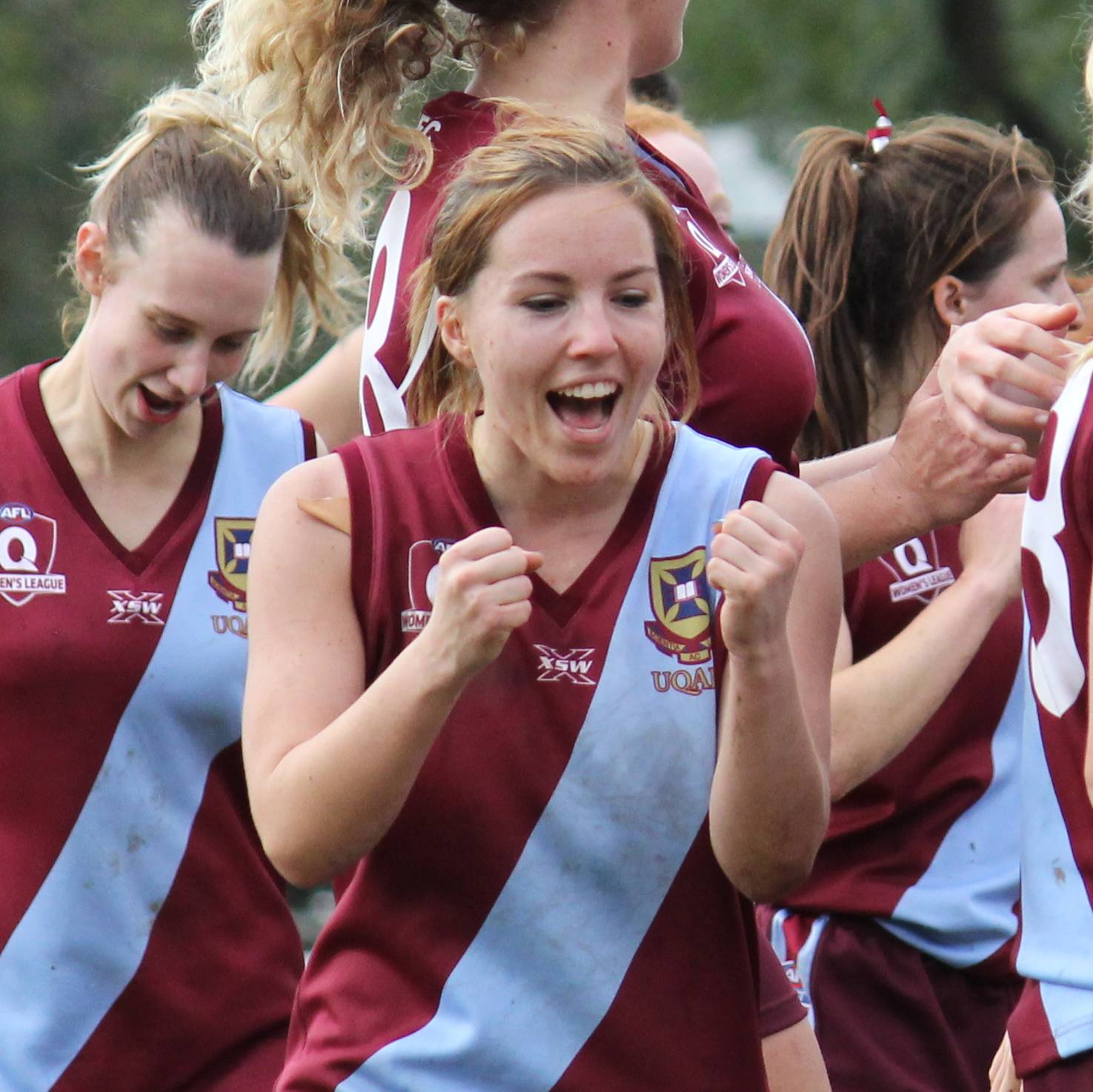 I’m starting with a spoiler: my debut footy season is officially over.

We lost to Griffith last weekend, by 14 points, but weirdly enough it was probably the high point of our season.

I wasn’t particularly nervous in the week leading up to the game, but when I woke up on Sunday morning I couldn’t help but feel the nerves.

I went and picked up my ritual coffee and immediately regretted adding caffeine to the butterflies in my stomach.

I arrived at the ground and we had a bit of time to spare and people were just hanging around and chatting.

We watched some of the game before us, with Palm Beach playing Logan and I was just hoping the day wouldn’t end in disappointment.

As we headed out for our warm up, I felt all of the coffee I’ d had starting to resurface and I was battling this weird anxiety all through our pre-game prep.

I honestly don’t think I’ve ever been that nervous before a game of anything in my life.

They say the prospect of death makes you appreciate life more, and I guess this same theory can be applied to sudden-death footy finals (not too long a bow to draw?).

As game time approached, we had a pre-game chat with the coaches, and the subject of finals was at the forefront.

I could tell the coaches wanted to impress upon us the difference of finals footy – the pre-game address put forward Shaun Hart as the man we should all emulate.

Harty is one of the best blokes in footy and oft underrated both during and after his career, but he was also the best on ground in Brisbane’s first premiership.

He does all the team things, and that’s the kind of play I like to emulate.

I guess I could say I played my role on the weekend – in the back pocket, where it didn’t come too much – but I didn’t feel like I was doing much.

To be honest, I spent most of my time just following my opponent around because someone told her I liked to run.

It was actually a good thing, though, because if I wasn’t running I just felt so nervous and I could only watch what was going on.

In the third, I was given a slightly different role – to tag someone.

I did my best, but I couldn’t quite stay with her, and I definitely gained a higher respect for the guys like Ryan Crowley and Cameron Ling who do/did the tagging role week in and week out.

It never really occurred to me before that to tag the great players, you at least need to have an aerobic base upon which to follow them.

All my coach said to me at the final change was “don’t think you can go with her?” and I could only respond, “I’m trying.”

Which I was – I did everything I could, but it just wasn’t happening.

What I did have chance to do a lot of was watch my teammates-  and this game was the most improved I have seen the side play.

Hitting targets, talking, tackling – all of these things were just coming together.

Unfortunately, it didn’t come together at the big sticks and we went down by 14 points and our fledgling season was ended.

But, I had the biggest buzz after the final siren.

Getting to see something from go to woah is always an amazing experience and to see improvement and enjoyment from everyone in the team week in and week out makes playing footy worthwhile.

This season has been sensational, and while I’ve had a few crises of confidence through the year, it’s certainly been a generally positive one.

At the start of the season, there were a few things that I wanted to achieve from my first year in footy, and I thought this would be a good chance to reflect on those and see where I’m at.

Get a footy nickname: It took a while, and someone else with the same name to join the team, but eventually I picked up the tag ‘Fantana’, as in Bryan from Anchorman.

Get a win: We got three (one was a forfeit, but whatever), so this was definitely a great success.

Improve my fitness: Games certainly got a little bit easier, aerobically, towards the end of the season. Whether this was due to my fitness or a move into back pocket, this remains to be seen.

Learn to kick properly: I guess properly is the key word here. My kicking has certainly improved, but there is massive upside, for sure.

Kick a goal: safe to say, it’s hard to kick a goal from the back pocket, but I’m working on my torps, so watch this space.

Lay a good hit: I’ve laid a few, and been on the end of a few unfavourable size comparisons, we’ll say.

To be able to find a footballer to compare myself to: I started with Dane Swan, moved to Pearce Hanley, progressed to Luke Hodge and had a dalliance with Hayden Ballantyne. I’d like to think I have the courage of a Joel Selwood, the speed of a Lewis Jetta and the aura of a Matthew Scarlett in the backline.
I asked for some outside opinion on this and got Liam Picken, Alex Rance and Brett Kirk.
Basically, a bit of a hard nut – not renowned for skills, but happy to put my head over the ball.

And, if anyone is actually still reading at this point, there’s a couple of people I’d like to thank.

Firstly, the coaches – Kenty, Swanny and Pricey, for teaching us to kick handpass, tackle and how to dress in matching outfits.

My family, and particularly my other half, Eddy, for watching me get crunched by girls far larger than myself almost every week.

Also, my boss for suggesting I do this blog – it’s been great fun.

Finally, all of the UQ Red Lionesses for being awesome teammates and giving me a bunch of new friends.

Can’t wait for pre-season – there’s not much running in that, right?