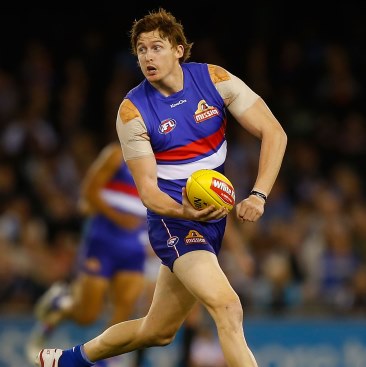 The AFL lost one of its good guys this week with the retirement of Bulldog Tom Williams.

A popular clubman, Williams chose to bring down the curtain on his ten-year career following a hamstring injury sustained during the warm-up for a weekend VFL match.

The latest setback proved to be the final straw for Williams, a Morningside junior, whose 85 game career was hampered by persistent injury.

But despite his frustrating absence from the playing field, Williams always chose to see the light in his playing career.

“I am proud of my career,” said Williams, via a statement on the club’s website.

“And although it was met with some frustrating periods with injury, I can take away countless positives.”

Given his immense impact, tributes naturally flowed thick and fast from inside Bulldogs HQ.

“Tom, when he was fit and well, was a good AFL player,” said McCartney

“Whereever [sic] career he chooses he will be terrific.”

“The attitude shown to his football has been exemplary, particularly through periods of injury rehabilitation,” Lowe admired.

“And his leadership to our developing team has been invaluable.”

Though perhaps most touching of all was the tribute from friend and teammate Bob Murphy.

Writing for The Age, Murphy touched on the Williams he knew, his friend and teammate over the past ten years.

Whilst Williams’ body did not allow him to lead on the field, Murphy notes that the resilience shown by injured players has an enduring their teammates.

“Every effort to crawl their way out of the darkness and back onto the field has a weight of significance to it,” said Murp

“That’s what Tom leaves behind. He inspired me.”

With Williams’’ retirement, the cruel and fleeting nature of profession footy is again once again put into perspective.

But sadness aside, perhaps the greatest takeaway from Murphy’s touching recount was Williams’ love of his teammates and the human element that footy evokes.