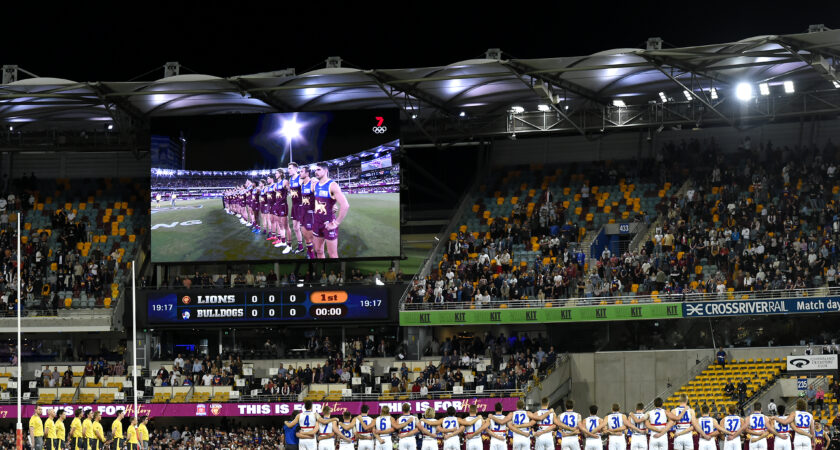 Week Two of the 2021 Toyota AFL Finals Series helped drive Channel Seven’s viewership across Friday and Saturday night with over 40 per cent of total TV audiences in Victoria, South Australia and Western Australia. Meanwhile, Foxtel recorded a 70 per cent increase across all platforms (Foxtel / Kayo / Foxtel Now / Foxtel Go) with Saturday night’s match between the Brisbane Lions and the Western Bulldogs the largest ever AFL audience on combined Fox platforms with 621,000 viewers.

Friday night’s Semi-Final in which Geelong defeated GWS GIANTS by 35 points, had an overall audience of 1.42 million with a free-to-air audience of 937,000 and Foxtel recording a 50 per cent increase across all platforms.

Saturday night’s Brisbane Lions vs. Western Bulldogs Semi Final – which was decided by one point – attracted an overall audience of 1.73 million, the largest Semi-Final audience of the last four seasons.

AFL General Manager of Clubs and Broadcasting Travis Auld thanked all supporters for their continued support of the Toyota AFL Finals Series.

“Football continues to be the one constant in Australian lives during a challenging period for the community. Through our screens we have celebrated and applauded the players who have provided us with the entertainment we have craved,” Auld said.

“On behalf of the AFL, I want to say thank you to every single person who has supported their club and the broader game this year and eagerly anticipate another weekend of incredible matches.”

More than 30,000 fans saw a thriller at The Gabba on Saturday night while a crowd of 44,091 flocked to Optus Stadium to see Geelong defeat the GIANTS, the match marked the biggest crowd between the two sides in AFL history.