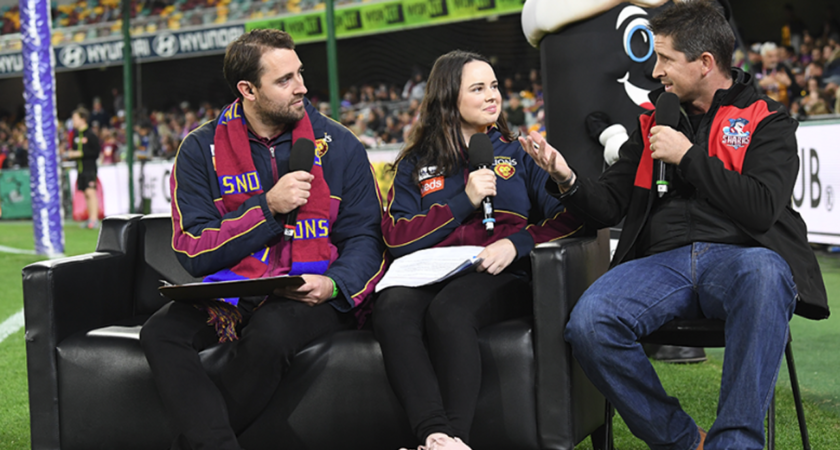 On Saturday evening at The Gabba the Brisbane Lions proudly announced the Victoria Point Sharks as their Community Club of the Year.

The Sharks received this award because they have a strong presence in their local community and are passionate about a number of causes away from the footy field, in particular those which support members of the Australian Defence Force.

Over the past twelve months the Sharks’ contributions to the community have included donating more than 100 gifts to the Ronald McDonald house last Christmas.

They also donated $1,5000 to Cam’s Cause, a charity hoping to raise awareness of the physical and psychological cost of warfare. This is in line with their partnership with Legacy, a charity providing services to Australian families suffering financially and socially after the death of a spouse or parent during or after their time with the ADF.

The Club has also provided the opportunity to their players to take part in the “Outside the Locker Room” program, which educates young on topics such as mental health, drug and alcohol abuse and how to have respectful relationships.

He said the Sharks are proud of the work they do in their community.

“A footy club is more than just what happens on the field and we want to be known for our work in our community,” he said.