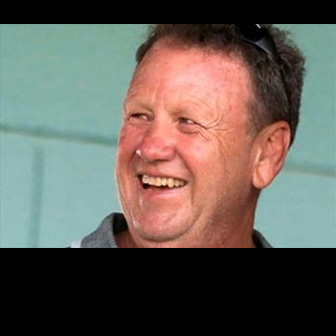 The Queensland football community is mourning the tragic passing of Bruce “Wolf” Steenson, a stalwart of the AFL Masters competition.

Wolf kicked off his AFL career with Mayne as a 17-year-old before graduating to the Banyo Seniors in 1983.

He started playing Super Rules in 1992 for Norths, who combined in 1995 with Wests to form the Central Parrots.

Wolf clocked up 17 years of service to the Masters, including ten years as MAFQ president that saw him build the league from six to forty teams and earn life membership for his efforts.

His Masters playing achievements were many, including two time all-Australian honours, a Centrals MAFQ Best and Fairest award and two tours of Ireland as a member of the Australian team.

“I have no doubt most will have a story or two to tell of a moment with the Wolf Man, said Soars.

“He was larger than life and his legacy with the AFL will last many years.”

Soars said Wolf was a thoughtful and caring man with a deep commitment to family and a love of the ocean.

“His grandparents lived on Karragarra Island which is in the southern part of Morten Bay and many a weekend during the off season would be spent either on the island or the water,” he said.

“I believe it is fair to say that he got his love of the water from his grandfather’s influence.

“His yacht Joshua that he got off his grandfather – which must have been 30 years ago – was still very much a part of his life.”

“Parked down at the QCYC on a finger it was his love of sailing that got many a footballer involved into the boating scene.”

Bruce “Wolf” Steenson has left an indelible mark on AFL in Queensland and will be greatly missed. Details of his memorial will be announced in the coming days.