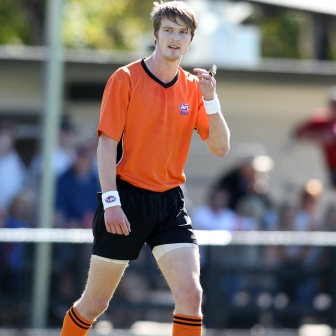 AFLQ has announced the SEQ and Country Umpiring Academies today.

The academies consist of the top youth umpires across Queensland, who have been earmarked as having the potential to progress through to higher levels of football.

Troy Friend, a current NEAFL umpire who has umpired over 250 NEAFL/QAFL State League matches, will coach the SEQ academy as well as providing guidance to the country academy.

“The amount of potential talent in this year’s Academies is testament to the fantastic work that our Umpire coaches and managers across Queensland are doing to develop umpires,” Field said.

The QLD Country Umpiring Academy has been modelled on the successful South East QLD program developed after the re-establishment of the development squad in 2008.

Several members of the program have gone on to umpire in the NEAFL, with seven umpires making their NEAFL debuts in season 2012 and 2013, and a number of former academy umpires included in the inaugural NEAFL Development Squad.

Field hopes the country academy will have similarly successful results to that of the SEQ program.

“By setting up the QLD Country Academy, we hope to offer the umpiring fraternity in North Queensland the same opportunities as their counterparts in the South East,” he said.

“Although distance makes things more difficult, it challenges us to diversify and develop the ways we connect with talented umpires in the country.

“We want to ensure they have the best possible opportunity to progress to NEAFL, and ultimately, AFL football.”