U18 Preview: Queensland vs. Northern Territory 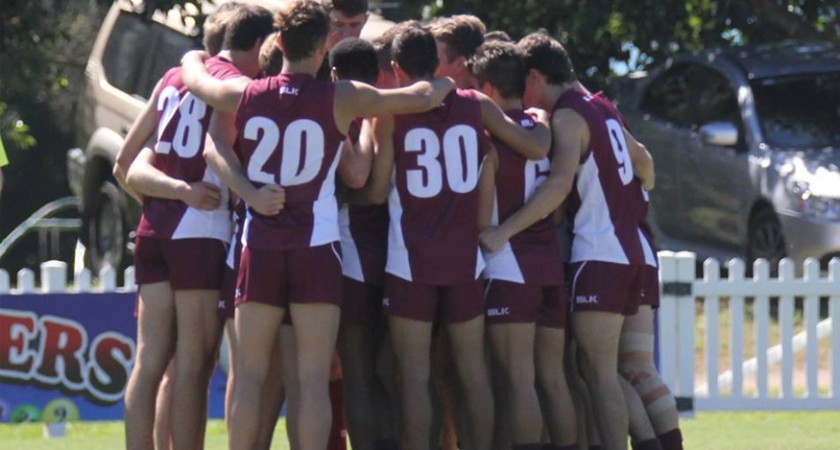 It’s time. On Saturday, the Queensland Under 18 State Academy Team get their 2015 NAB AFL Under 18 Championships underway at Southport when they take on Northern Territory.

“This is why we push them, this is why we work on their fitness, their skills, and their decision making, so they are ready for games like this,” Queensland coach Adrian Fletcher said.

Expect the contest against NT to be played at a cracking pace. Both teams like to use their run and carry, get the ball on the outside and hurt the opposition on the rebound.

The key for Queensland will be stopping that run.

“They are very skillful and they are very quick so it all comes down to our ability to not turn the ball over in the wrong areas and take away their time and space,” he said.

“When you have got skill like they do, you don’t want to give them too much time.”

Queensland come into the game in good form. Their last two TAC Cup encounters, both wins, have been the best footy they have played this year.

They found the right balance of pulling the trigger and slowing the game down when required, something Fletcher hopes will continue tomorrow.

“We want to play the same we have played right through the TAC Cup so far this year. We want to take it on when it’s there, but if it’s not, be prepared to kick it down the line,” he said.

The vibe around the Queensland camp is good at the moment, but they won’t be getting ahead of themselves.

“We are never over-confident, but I believe that the players are starting to believe in themselves and what they are able to do. Knowing that they have the tools of the trade to run out there and get the job done,” Fletcher said.

You know what you are going to get from Ben Keays and Eric Hipwood.

Keays is a clearance machine, and will continually propel Queensland forward, and Hipwood’s marking prowess will come to the fore.

Keep and eye on Dyson Budarick and Corey Wagner as well. Their form leading into the carnival has been at an elite level.

“They have been brilliant. They are very good players and they have taken their game to another level this year, hopefully they will be looked at,” he said.

Tomorrow will be a very interesting contest. It’s going to come down to who can settle the best early, reload, and attack from there.

It gets underway at 12:30pm at Frankhauser Reserve, Southport.

QFA Preview: Round 10
Queensland vs. Northern Territory. Blog and Results