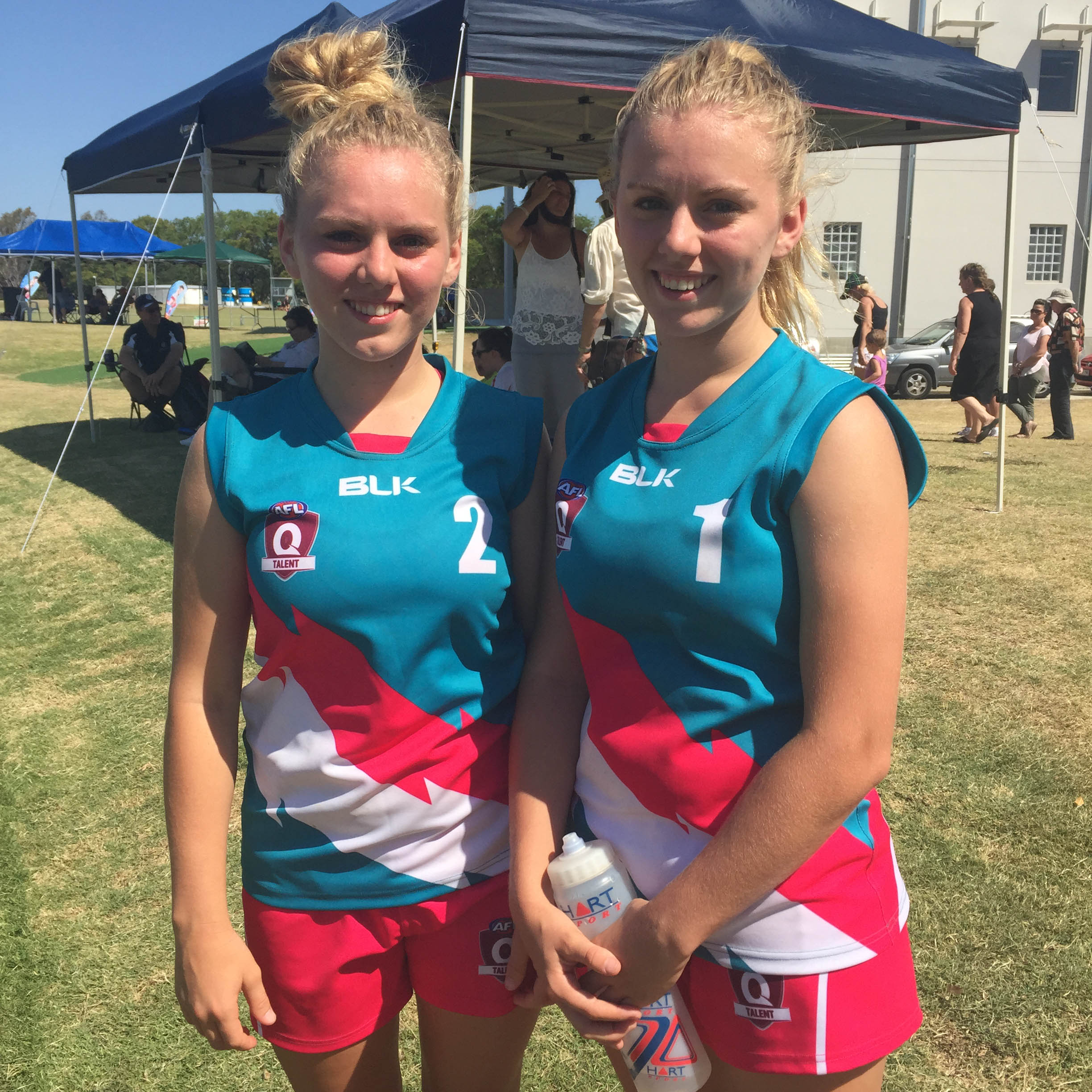 Sunshine Coast twins, Jessee and Kelsee Sills, have just one stipulation on the footy field.

The pair likes to play close to one another, so they can link up.

Armed with that legendary twin sixth sense, the Sills sisters say they always have an idea where the other is going to be when they have the footy.

“We have little plays that we do sometimes,” Jessee said.

“We give each other little eye gestures so we know where the other needs to be.”

They both have a slightly different strength in their footy, with Kelsee the aggressive midfielder and Jessee the goal kicker, but that works for them.

“She (Jessee) is better at kicking goals, when she can.”

Having never met a sport they don’t like, the twins play basketball, netball, touch football and rugby as well as footy, but say their recent foray into footy has been one of their favourites.

“It’s massively different to every other sport and it’s really professional,” Jessee said.

“We’ve wanted to play for a while, but because of other sports we couldn’t, but this year we could,” Jessee said.

“It’s so much fun, the girls that play are always good and it keeps us fit.”